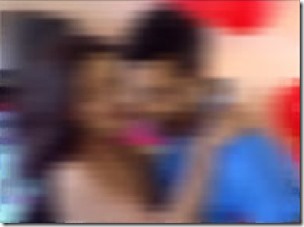 A young boy from Peshawar is sentenced for eight year in prison and a fine for making a vulgar video of his neighbouring girl.

This is first of its kind instance in KPK when a boy is sentenced for making vulgar pictures or video a girl.

According to details, an underage kid made a video of neighbouring young girl and blackmailed here for several months. He had a partner in crime, who is still missing but police is vigorously raiding for the recovery.

After blackmailing and abusing the girl for several months, both the culprits floated the video in market for greater damage to the girl.

Child Protection Commission of KPK said that due to unavailability of such laws, earlier these cases of making vulgar videos and photos of innocent girls were never heard in court or eventually sentenced. However, due to special law making and legislation, all such offenders will be put behind the jail.

It merits mentioning here that trend for making vulgar videos and pictures is on the rise. Young boys and girls readily get involved in vulgar film making of their private moments. These videos are sometimes intentionally released by the young kids or they accidentally fall into un-wanted hands, resulting into serious repercussions.

Anyone who has been victim of such cases can approach Child Protection Commission, which is already perusing various such cases in KPK.

The post Young Peshawar Boy Sentenced for Making Vulgar Video of a Girl appeared first on .