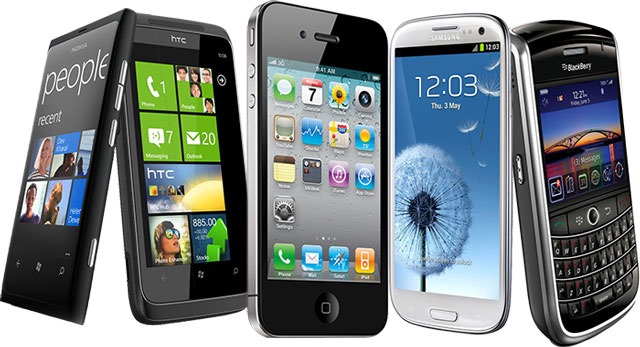 In a new report by IDC, the market share of the Microsoft OS bloated by 156% over the last year and now, around 3.6% of all smartphones sold worldwide run on it.

Android grew too, by 51.3 percent year over year with 211.6 million units shipped during third quarter of current fiscal year. Android accounted for 81.0% of all smartphone shipments during the quarter, marking the first time that Android topped 80% share in sales in its short history.

iOS too increased its sales by 6.9 million.

While Windows Phone’s 9.5 million unit figure might seem incredibly tiny compared to Google’s OS, it might become a threat to Google’s OS in certain markets and price points.

Obviously, Google might’ve taken notice of this growth too and the result is shown in the form of increased support of for mid-range smartphones – with 512 MB Rams — with Android 4.4 KitKat.

Meanwhile, BlackBerry further fell back from the competition by shrinking 41.6 percent, while also further strengthening Windows Phone’s grip over the third spot. Blackberry’s times might change in the future, however, with a new CEO in place along with a billion dollars but just don’t expect anything substantial anytime sooner though. 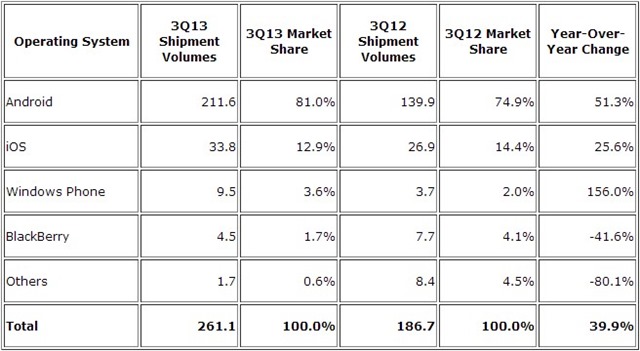