In a recent blog post, Microsoft announced that the company is releasing Windows 10 Insider Preview Build 20161 to Windows Insiders in the Dev Channel.

The Windows maker had first hinted at the Windows 10 refreshed design earlier this year. Now, the long-awaited update has been introduced to Windows testers bringing a revamped start menu, a more customizable taskbar, and more shortcut functionalities.

The start menu has been freshened up with a more streamlined design by removing the solid color backplates behind the logos. The company has opted for a uniform, partially transparent background to the tiles to remove visual noise.

Users will also be able to add accent colors on the surface or opt for the dark theme. 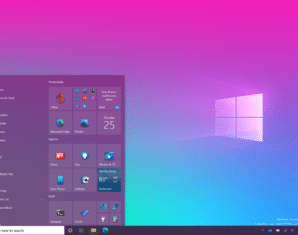 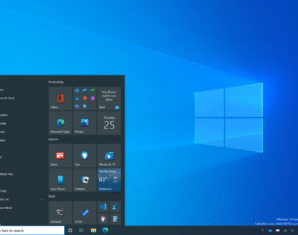 If you use the ALT+TAB shortcut, you will know that currently, only active windows are displayed in the icons even if the browser has ten other tabs open. According to Microsoft:

Beginning with today’s build, all tabs open in Microsoft Edge will start appearing in Alt + TAB, not just the active one in each browser window. We’re making this change so you can quickly get back to whatever you were doing—wherever you were doing it.

However, this will only work with the Microsoft Edge browser.

Microsoft claims that the taskbar will be more customizable now. An Xbox app will be pinned to it by default for Xbox Live users or Your Phone pinned for Android users.

Notifications will now come with a small ‘X’ button on the top right corner to quickly dismiss it. The small window will also incorporate the application’s logo at the top.

Finally, the company is turning off the Focus Assist notification and summary toast by default.