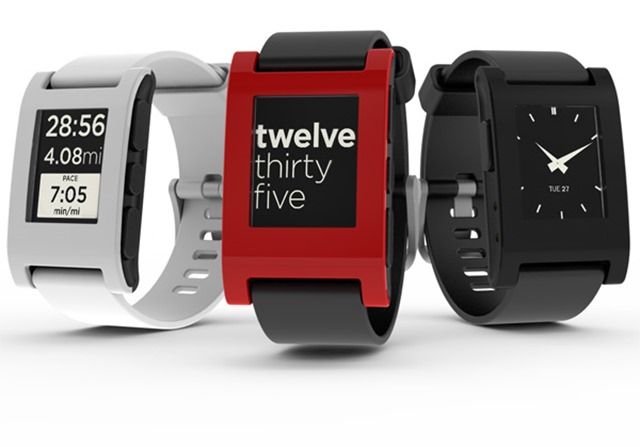 The public opinion of SmartWatches (and wearable gadgetry in general) has been akin to the opinion they have of those gadgets used by actors in sci-fi films: They want them but can’t really think of blending them in their daily lives. Well, most of them don’t anyway.

That view has finally started to change in recent times with the arising of virtually unknown companies like Pebble who have appeared and conquered the entire ground in no time. Seeing the success, some big names like Samsung entered the arena too and made botched attempts.

Why have these bigger names have failed so far when relatively newer ones like Pebble have achieved (read: earned) immeasurable success?

For the answer to that, you’ll probably have to look at their past. One of Samsung’s first SmartWatches, the S9110 came way back in 2009 and got lost as soon as it arrived. Regardless of anything, it’s the SmartWatch which deserves a spot on James Bond’s wrist the most, and as it turns out, nowhere else.

You see, SmartWatches like these are useless in real life. This particular watch (S9110 that is) came with things like phone-call functionality which you don’t really need on your wrist, that’s what a cell phone is for. The battery life is usually pretty much dreadful too. The newly announced Galaxy Gear falls victim to the same travesty.

Packing a 1.9 inch display, it comes with its own camera on the upper part of the strap (which means you can’t replace it), takes calls (there…) and comes with a “pride-breaking” battery life of 25 hours. That’s miserable, although it may not even be a failure at all, given Samsung’s incredible reach.

These companies should at least learn some lesson from manufacturers like Pebble. Funded through Kickstarter, it comes with an E Ink display, a far cry from the Gear’s Super AMOLED but offers terrific sunlight legibility (keeps costs down too), runs apps but only the light ones, plus, its band can be changed. Its battery life is around a week (can last even more on occasions) but arguably its biggest achievement is that it looks like a normal wristwatch.

“They are overspec’d machines … no one thought about how it fits into your life,” said Pebble CEO Eric Migicovsky in a recent interview on other SmartWatches. “It [Pebble] doesn’t force you to change your life around the device, it just kind of meshes,” he said.

“Pebble brings micro-interactions to your wrist … it’s more about having Pebble suit the activities you are doing at a given time.”

This is exactly what the approach of other companies trying out their hand at wearable tech should be. Until then, Pebble will remain the Apple of its field.

The post Why most SmartWatches are Useless? appeared first on .