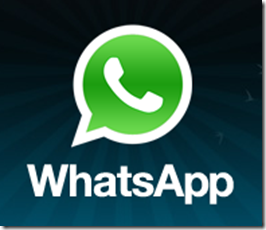 Whatsapp, the popular instant messaging service won’t be charged at USD 1 on app store from now onwards, instead it has become free of charge for the downloading and first 12 months usage.

After first year, iOS users will have to pay a subscription fee of USD 0.99 per year, for rest of the life.

This is inline with Android and other platforms, where Whatsapp was already free for download and for first year usage.

Giving $1 yearly is a pretty good deal for a nice, little app but a lot of people among 250 million or so users of the popular service surely won’t be too happy.

Still, if you find it difficult to pay that amount, you can look at the countless no. of similar services available right now including Viber, Nimbuzz, Google Talk and BBM (if you already have a subscription because that one is also paid) which is coming to Android and iOS soon.

The post Whatsapp Goes For a Subscription Model on iOS appeared first on .