On 14th August, all the telecom companies joined the nation in celebrating its 66th Independence Day. Almost all local and international companies took to Facebook to express their feelings, however, Warid came up with this unique idea of painting the profile pictures of Facebook users with Green flags through a web application.

Named as “Azaadi ke Rung”, the facebook app from Warid Telecom can make your profile picture go green with an option to select from various green frames composed of Green Pakistani flags. 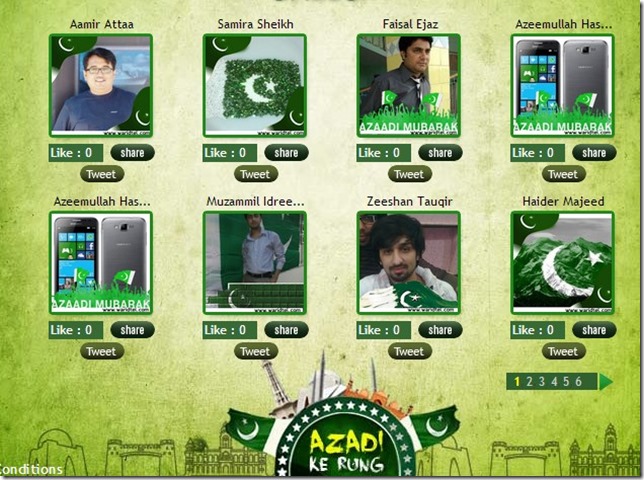 Users are just required to upload their pictures, select a frame out of many and press the submit button. Application will paint the picture with your selected frame and will return your green picture to be displayed on your profile.

This is exactly the kind of job Farhan Masood has taken up for last few years with his Go Green campaign, except that he manually edits the pictures that are sent to his email id. Warid’s Azadi Ke Rung has indeed replicated his enthusiasm in an automated manner.