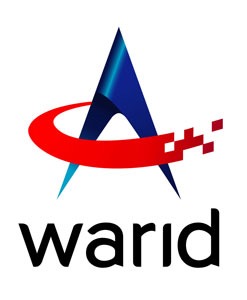 In a market like Pakistan, where 3G licenses are planned for auction later this year, VimpelCom’s interest in buying Warid isn’t strange. However, as it appears, VimpelCom will be given second priority after Etisalat, which has confirmed to bid for Warid in Pakistan.

The news of VimpelCom’s intention to buy Warid came at a time when group has locked the deal to sell two of its African operations for USD 100 million.

VimpelCom denied to comment anything on its plan to bid for Warid Telecom.

It maybe recalled that VimpelCom operates in Pakistan through Mobilink with over 36 million subscribers. With this possible acquisition, and if merged with Mobilink, the company will only grow its lead to go beyond Telenor – number two operator in the country – by over 18 million subscribers.

At a time when new sales are hard to make, and average subscriber price is low due to lesser ARPUs, the lead of 18 million subscribers can be vital during post 3G time, not on in terms of market share only but for revenues as well.

It is not the first time that Mobilink, or its parent group, has shown interest in Warid. Company did go through the initial buy-out evaluation process for Warid when it was last up for sale back in 2011-12, but talks had ended without any conclusion.

This proposition is only going to help Dhabi Group, which now has two potential buyers instead of one. However it is still unclear if Dhabi Group will get its desired price and terms for selling Warid stakes or not.