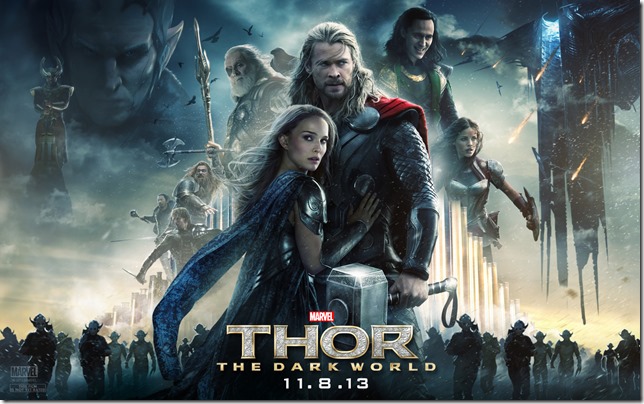 Ufone brings yet another exciting news for movie fanatics across the country by bringing “Thor – The Dark World” to Pakistani Cinema in association with Pakistan’s most exciting youth brand,Uth Pack.

The movie is premiering in all major 2D and 3D theaters across Karachi, Lahore and Islamabad on the 20th of November while the official nationwide release is on the 22nd of November.

Uth pack is also offering a chance to win free tickets to the movie for its customers by simply loading a balance of Rs. 1000. These passes are valid across the three cities namely, Rawalpindi, Lahore and Karachi.

Thor – The Dark World, sequel to the 2011 blockbuster of Thor, is an American superhero film featuring the Marvel comic character, Thor played by Chris Hemsworth. Thor has topped the film list for the weekend, since its launch last week, according to Forbes and is doing well,bagging $479mn already across the world. It is a story of a leader who has to combat an enemy, as old as time, who aims to throw the universe into darkness.

Mr. Akbar Khan, Chief Marketing Officer, Ufone commented on this initiative, saying “Youth forms the most vibrant and dynamic segment of the country’s population. Ufone aims to delight this segment by introducing new and exciting offers that associate them with the brand. Uth Pack has always been a step ahead in providing the best entertainment opportunities for the youth of this nation, this movie and other such initiatives are an example of that.”

Ufone, the most popular youth telecom brand of Pakistan, has associated itself with a lot of other youth programs. Uth Pack, itself, has so far launched movies namely Iron Man 3, World War Z and now Thor. The aim has always been to provide solutions for the subscribers that not only make a statement but also provide entertainment and create positive energy.

The post Ufone Brings “Thor – The Dark World” to Pakistan appeared first on .