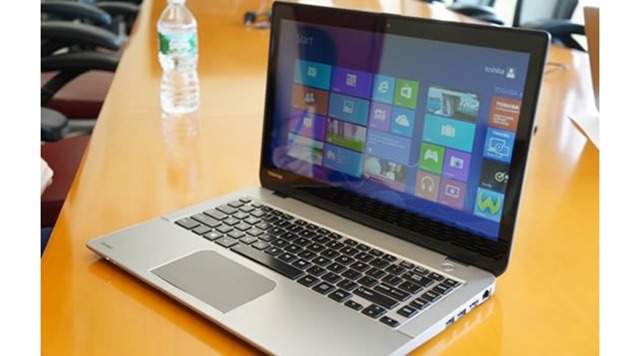 Toshiba is one of those Windows manufacturers which have faded away a bit in the past few months, after announcing PCs which didn’t sell all that well and failed to give some tough fight to the competition (one laptop is an Amazon bestseller though).

So here they are, giving the idea another go by announcing new mid-range Windows 8 laptops. The new laptops have taken design inspiration from the higher-end laptops of this series and come in multiple configurations.

They are powered by both AMD and Intel processors. Unfortunately though, they all come with the very basic 1366 x 768 resolution.

The first among the new laptops of the popular Satellite series is the E55D which comes with a 15 inch display. It comes with an AMD A6 CPU & 750 GB HDD and is priced at $579. The E55Dt version with AMD CPU, 1 TB HDD and touchscreen costs $679.

The most higher-end offering with the 4th generation Intel Haswell processor and a touchscreen costs $899. They all come with the new 802.11ac Wi-Fi standard for connectivity and the number pad.

The other laptop announced by Toshiba was the Satellite E45t which comes with in a single specifications list. It comes with a 14 inch display with touchscreen and Intel Core i5 processor. For storage it will have a 500 GB HDD.

While all these laptops come with striking designs for a relatively affordable price tag, the display is a bit of a disappointment, especially for the higher-end models.

The Satellite E55 will be available this September while the E45t will be brought to customers only next month.