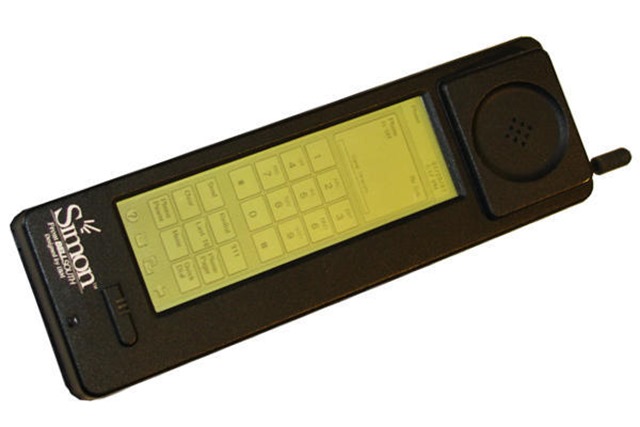 Not many people are aware of the history of the smartphone as they with, like say, the computer. Most of us are only familiar with the name of Alexander Graham Bell, who in fact, invented (at least history says so) the telephone but that’s about it.

But the telephone isn’t by any means, a smartphone. And iPhone wasn’t even close to being the first one if you thought it was. The first smartphone in the books of history was the IBM Simon. And within a matter of days, 19 years would’ve passed since its launch.

August 1994 welcomed the bulky machine which changed the history of the mobile phone forever. The Simon was a far cry from the phones of today in a lot of ways of course.

It was bulky, to start with and weighed almost 1 pound which wouldn’t have helped it win any design awards. It did incorporate a touchscreen, a thing of the future which was a stylus-controlled and monochromatic one, again a far cry from today’s Retinas and Realities. It had the ability to send texts and do calls but furthermore, apps which required a separate memory card to be placed into the phone. The Simon was brought to the horizon by Mitsubishi after Motorola deserted IBM due to the fear of competition.

The battery life was blatant, even “obscene” by all standards, with 60 minutes worth usage. Or 30 in poor networks. Badly still, the beast was priced at $899, with a two-year contract or $1099 without one at launch, obviously quite expensive for the time.

And as expected, none of that did any good to it. Within 6 months, only 50,000 units of the Simon were sold and the device, after a price drop nearing its end was discontinued soon. In such a painful and forgetful way ended the ill-fated, so-called first smartphone ever. It was just too soon. The market hadn’t developed, the consumers weren’t ready for it and mobile phones were not as much a part of our lives as they are now.

1994 was popular for one more reason: One of Nokia’s first popular phones, the 2110 and 2010 were released. This made it the year of the Finnish company and also marked the end of IBM from the smartphone and telephony markets. Forever.

It was only 10 years later that smartphones started to take over the reins from feature phones. In 2007, the biggest change since the inception of mobile phones came, the iPhone, followed by Samsung and multiple other manufacturers. What’s ironical still, is that no one remembers the entity which started this chain. And did that so badly.

The post The Story of Worlds First Smartphone from 1994! appeared first on .