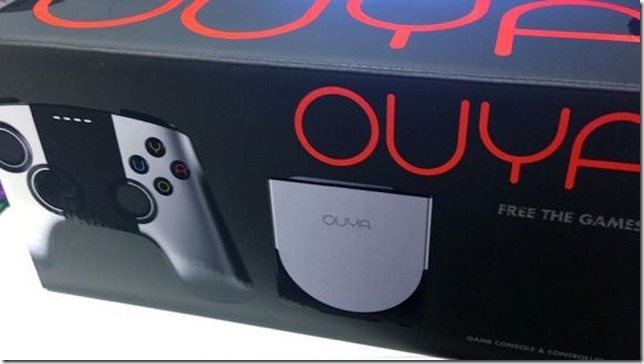 The OUYA console, backed mainly by the audience on Kickstarter.com has finally gone on sale in a few countries. The Android-powered console uses its own store for games.

The console’s tale started almost a year ago in July 2012 when the project was initially launched. It quickly gained attraction and became one of the biggest projects to date on the site, raising nearly 86 million dollars on the site.

Hardware-wise, there’s hardly any ground-breaking stuff. Under the small box (the console, i.e.), you get a Nvidia Tegra 3 processor, 1 GB of RAM and 8 GB internal storage. The OS running is Android 4.1 Jelly Bean. That’s hardly extraordinary but then again, it simply can’t have Xbox Live or something but we feel that at least Play Store should’ve been on-board.

Games are obviously not “Crisis-like”. Currently the OUYA website says that there are 176 games available right now. The great thing is that all of them can be tried out before buying. The bad thing though is that they are of of quite low quality. Only a few of them really shine out.

Final Fantasy III and Gunslugs look great fun along with some others but otherwise nothing impressive. Several of the games are already on Android and other platforms but overall, they do feel underwhelming.

The developers will really have a great time with the OUYA. The console itself is really easy to open (as long as you have a screwdriver). They can then post it on OUYA’s store. Still, that number will most-probably pale in comparison to other gaming stores.

The console will be shipping with one controller. It itself seems to be inspired by the Xbox 360 processor. Its four buttons on the right have the letters O, U, Y, and A written on them. Alongside them is the 3 inch touchpad. Additional controllers can be bought for $50.

For connectivity, a USB port, HDMI, Ethernet, Wifi, microUSB and Bluetooth 4.0 are there.

The most attractive aspect of OUYA is its price. At $99, the OUYA is definitely among the cheapest consoles available currently. Its already sold out at Amazon. Competition however is really tough. For $100 more you can get the new Xbox 360. Games will be much, much expensive though.

This means that it all comes down to the end user. If you’re a casual gamer or someone on a strict budget, then the OUYA will do, otherwise a second-hand console or even a mobile phone with an additional gamepad will work.

The post The OUYA Android Game-Console Goes on Sale for $100 appeared first on .