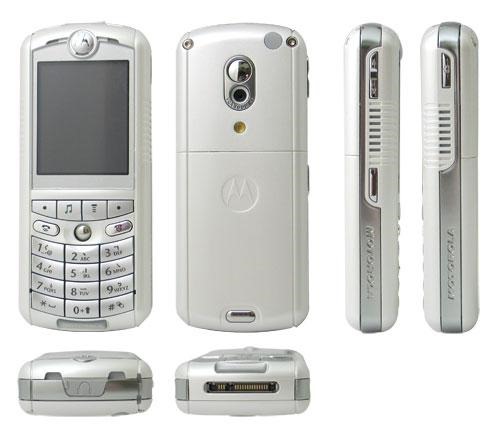 Motorola’s history can be categorized into 3 broad categories: The early stages, the RAZR era, and the present time period. Undoubtedly, it was the second time period which was the most fruitful & successful. Can you count the number of people who owned a RAZR or any other similar Motorola model during that time period? There, you got the answer.

The RAZR undeniably seemed the most stylish thing on planet Earth then. The sleek design shouted beauty and a number of celebrities from all scores of life posing with the phone was a daily occurrence. But like all other “once-successful” companies, Motorola milked the cow for too long.

All the large corporate giants get the fake illusion that they’re untouchable and Motorola thought that too. A series of mishaps wiped it out of the phone market. The ROKR was just one of such failed experiments.

Steve Jobs was initially (and rightfully) a bit skeptical about releasing a phone in a partnership with Motorola during that time. Rumors of Apple’s own phone were also flying around. It was Motorola President Ed Zander who convinced him by saying:

“When you leave the house, you always bring the three things: keys, wallet and your cell phone. That’s it. Your iPod is not in the list.”

Excitement had started building up towards the announcement on 7th September 2005, most people believing that Apple was about to launch its own phone. That did not happen. Instead, in a hyped-up launching ceremony which included Madonna, Apple announced the Motorola ROKR. The gadget got lost even before the event ended because Apple also debuted the iPod Nano later in the evening.

Still, for those who bought it, the short amount of romance still left wouldn’t have lasted after unboxing. It was bulky, reminding almost of those PDAs by Palm but with a numeric keypad. It (again) ran the same UI as the RAZR.

Being an Apple phone, it came with iTunes, which was also the only Applish-feature in the package. The problem was that its software had a downloading limit of 100 songs only. (Some say it was imposed by Apple itself so that the ROKR won’t compete with the iPod). This meant that if you had a large iTunes library (which customers of the “Apple phone” most-possibly had), you could keep only a portion of them on your device.

Also it lacked a FireWire or microUSB which meant that data uploading was deadly slow.

The ROKR was sold for $250 on a two-year contract, placing it right among the other flagships of the time. All the hopes of it being a bestseller vanished soon after the release. Lackluster sales forced Motorola to release the successor only three months later, and without iTunes support.

Ed Zander and co. publicly criticized Apple for showing lack of concern of any sort regarding the ROKR. And why would they? It featured physical keys which were there whether you used them or not; a clunky, unintuitive user interface; and other than iTunes support, had no real distinguishing feature.

Much to Motorola’s annoyance, Steve Jobs pulled the curtains off of his own phone less than one-and-a-half years later. And quite unlike the ROKR, the phone was revolutionary and fairly easy to use.

On 7th of September, eight years will pass since that uneventful day when Motorola ROKR was released, yet, hardly anyone knows the first phone which the most-influential technology company of modern times had ever worked on was ROKR.

The post The First Apple Phone Celebrates its 8th Birthday appeared first on .