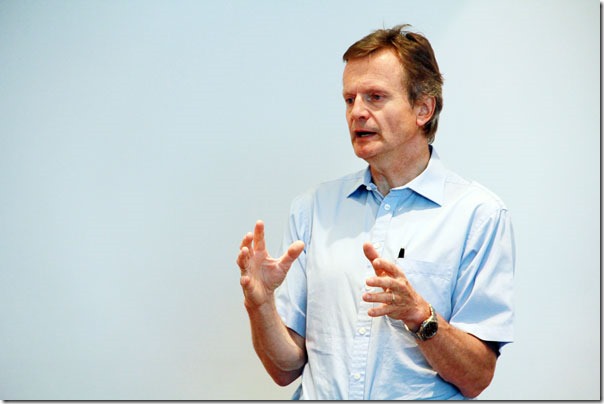 Telenor group has unveiled its plan to invest over USD 1 billion in Pakistan, including the license fee, after acquiring 3G spectrum in Pakistan.

Telenor will invest another USD 700 million in the country to stretch its 3G network across the country, said Jon Fredrik Baksaas, President and CEO of Telenor Group during a meeting with a media delegation from Pakistan visiting Telenor’s headquarter.

Mr. Baksaas said that third generation telecom services (3G or 4G) are extremely important for a country like Pakistan as it will not only stipulate the industry trends but will result into higher internet penetration and increased GDP of the country. He said that 3G or 4G services are likely to impact rural life more than in the urban areas.

When asked for advice from Mr. Baksaas regarding the upcoming 3G license auction, Mr. Baksaas said that Pakistani government should maintain a balance between upfront auction fee and the ability and willingness of the industry to build quality 3G network in the country. Giving the example of India, Mr Baksaas reminded that Indian operators kept struggling for 3G rollouts because they had invested too much in the spectrum fees and were left with little options for the network layout.

Mr. Baksaas said that Pakistan witnessed much higher growth in achieving penetration for mobile telephony as compared with other markets, India for example. However, he agreed that actual penetration level would be lower because of users having multiple SIMs showing that there is still a lot of potential in the Pakistani market. He said a similar trend is expected after the auction of 3G license. Quoting the example of Thailand, Mr. Baksaas said that delayed auction in 3G has created tremendous potential and it is likely that growth rate for 3G subscriptions are to remain higher in Pakistan than other regional markets.

In response to a question about high taxes on telecom services in Pakistan, Mr. Baksaas said that various markets – including Thailand, Sweden, Norway and others – tend to tax the telecom industry because of its higher revenue streams, however, if these taxes, levies and duties go beyond a certain level then it reduces the ability of industry to invest back into new technologies. He said that governments should be very careful in specifying tax rates so that both the tax targets and industry muscles aren’t impacted.

Telenor said that it has invested over USD 2.3 billion in Pakistani market so far.

Mr. Baksaas, when asked that why Telenor never appointed a Pakistani as CEO of Telenor Pakistan, said that group has two Non-Scandevnians as CEOs of their respective countries hinting that there are chances of a Pakistani to become a CEO as well.

The post Telenor to Invest USD 1 Billion in Pakistan After Getting 3G Spectrum: Fredrik Baksaas appeared first on .