Revenues from cellular traffic stood at Rs. 18.70 billion, slightly up from 17.25 billion during same duration in 2012.

Report said that operating profit increased due to lower accelerated depreciation following the network modernisation as well as negative other items last year.

Capital expenditure continued to increase as network modernisation progress as scheduled towards completion at the end of 2013.

Telenor once again iterated that increased withholding tax on telecom services from 10% to 15% will impact revenues through reduced customer recharge amount. 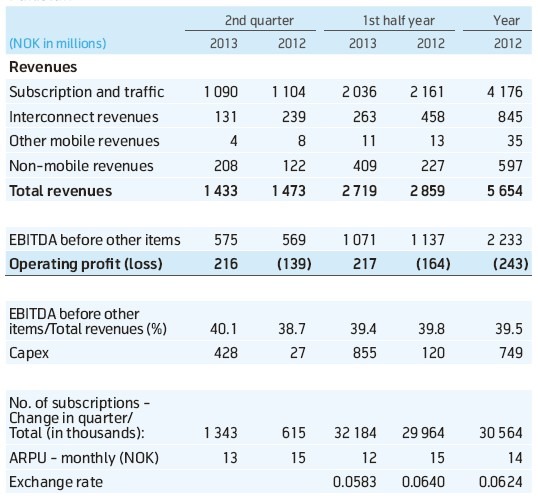