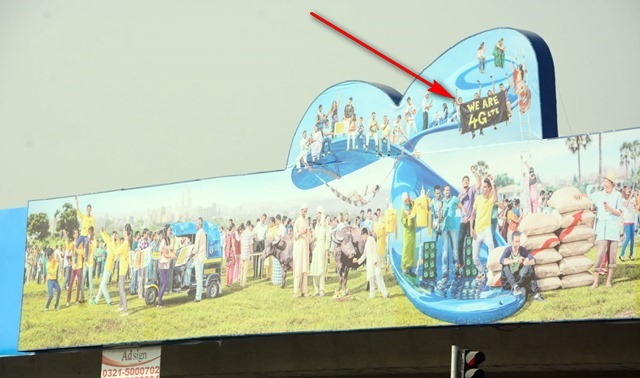 “We are 4G, LTE”, says a hoarding by Telenor seen in Blue Area – the busiest area of the town — just besides the Centaurus Mall flyover in Islamabad.

A commoner, after seeing the hoarding, will get the message that Telenor has started offering 4G LTE services in Pakistan and this is exactly what any cellular company would want, that is to make an early impression on next generation data services before they will be auctioned in Pakistan next year.

Along side the 4G LTE claim, a line is written in Urdu fonts saying “Humara Mobile Internet hay” (Translates: Our mobile is internet), which is further strengthening the impression that Telenor has started offering 4G or LTE services in Pakistan, 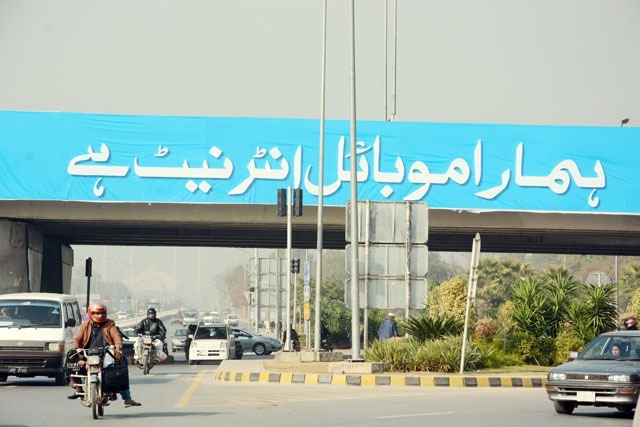 A closer look, however,reveals that Telenor Pakistan is using its group’s cover and claiming to be 4G, LTE network on the basis of group’s operations in Thailand, Bangladesh or elsewhere. Well, why would a company want to advertise services offered in other parts of World on the roads of Islamabad? And that too with the same logo with which it operates in Pakistan?

For example, Zong can’t claim to be a 4G network even if its parent group is offering the same in China, especially when Zong’s logo is exactly the same as of China Mobile’s logo in China. That would be a trap to mislead the customers in Pakistan.

Check below the complete capture of the hoarding: 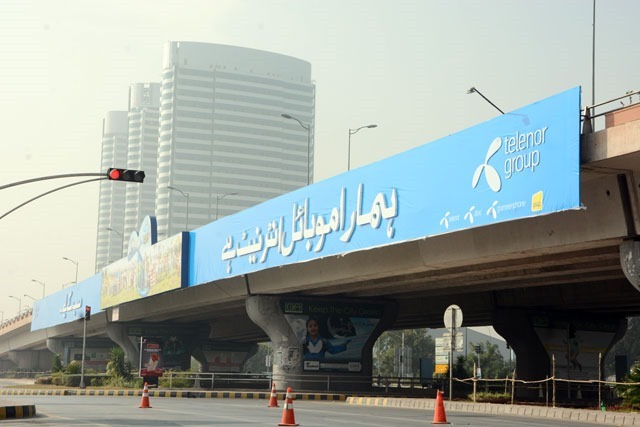 Irfan Wahab Khan, CMO of Telenor Pakistan, last week claimed Telenor to be the most fair and transparent cellular network of Pakistan. Ironically this hoarding is convening a different message, as Telenor is Claiming on the roads of Islamabad what it is not.

Check below a slide from Irfan Wahab’s presentation – during a press briefing last week — claiming Telenor to be the most Fair and Honest network, which it appears is not true. 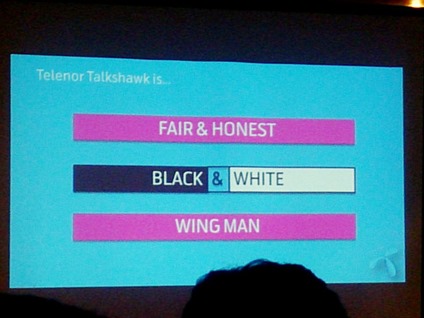 This misleading hoarding — and don’t know how many similar hoardings across Pakistan — might get Telenor some customers, however, the fact remains the same that Telenor Pakistan is not a 4G or LTE network.

Though they might be ready for it, but a 4G ready network and a 4G network are two different things.

The Chairman of Competition Commission of Pakistan would have seen this hoarding while on her way to Office, and it is likely that she might take strict action against this misleading act of Telenor Pakistan.

On directions of PTA, Telenor Pakistan is removing the line “We are 4G-LTE” from the hoarding.

The post Telenor Bluntly Misleads its Customers in Pakistan appeared first on .