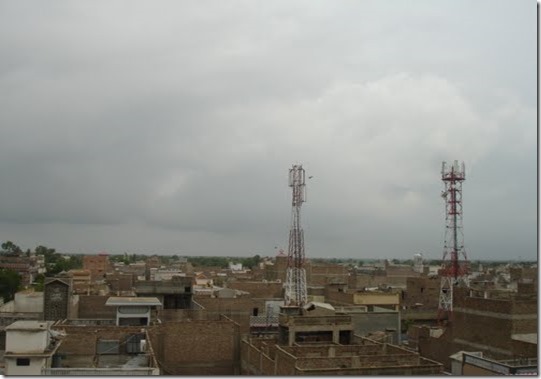 Cellular companies have gotten together to make sure that their cell sites and other wireless equipment is not shut down or damaged without any authorization from regulator.

Reportedly some influential local authorities, such as city development authorities, housing authorities, and most frequently the cantonment boards etc. forcibly gain access to the BTS sites and shut them down without any authorization from PTA, causing cellular outage in vast areas resulting in depriving the general public of the right to communicate and also making emergency services inaccessible.

Such illegal actions are for the singular purpose of coercing the CMTOs to pay the unreasonable demands of these local authorities or individual persons.

It is obvious that shutting down or damaging cellular BTS sites and interfering with wireless communication deprives customers of cellular services and also affects the accessibility and link to emergency services and is a criminal offence.

In a Writ Petitions filed by three Cellular Mobile Telecom Operators (CMTOs), the Rawalpindi Bench of Lahore High Court passed injunctive orders directing that BTS sites shall not be shut down except in accordance with the provisions of the Pakistan Telecommunication (Re-Organization) Act, 1996 (PTRA).

BTS sites which include the towers installed for hoisting the wireless antennas and the wireless switching equipment are the backbone of a cellular mobile network without which cellular mobile services cannot be provided and CMTOs under their licenses are obligated to keep telecom services operational at all times.

Pakistan Telecommunication Authority (PTA) is the sole and exclusive authority, which may give orders for closure of any BTS Tower as per the provisions of the PTRA; a fact even admitted and acknowledged by the GHQ Signals Directorate in a letter recently issued to the Commander 10 Corps highlighting the illegal closure of BTS sites by the CEO of the Cantonment Board Rawalpindi.

Shutting down of BTS units is also an offence under Section 25 of the Telegraph Act 1885 punishable with imprisonment for a period up to three years or with fine or both. Additionally under the Anti-Terrorism Act, 1997 any act, which is designed to seriously interfere with or seriously disrupt a communication system or a public utility service is an offense punishable by imprisonment that may extend from one year to ten years and imposition of a fine.

Last month PTA issued a letter acknowledging that only PTA may give orders for closure of any BTS Tower of the CMTOs remaining within the legal framework.

After cellular companies approached High Court and in parallel PTA also issued its notes to several government and local bodies, unfortunately, the trend of shutting down BTS sites only increased, especially just before the start of any national or local holiday such as Eid, Ashura etc. when they are aware that not only will cellular services be in extremely high demand but also restrict the CMOTs ability to seek immediate and urgent relief leaving with little option but to succumb such coercive harassment and pay the disputes or illegal demands to keep the cellular network operational for the benefit of the million of customers.

The post Telcos Team Up Against Unauthorized Shut Down of Cell Sites by Local Bodies appeared first on .