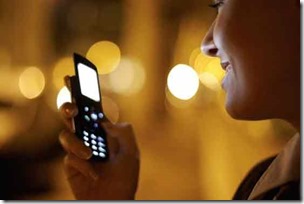 Cellular companies have not submitted any compliance reports to Pakistan Telecommunication Authority regarding a directive that was issued last week by authority on chat room services.

PTA had directed the operators to stop chat rooms immediately and to submit compliance report by September 2nd, 2013.

Cellular companies, when asked by ProPakistani, are of the view that the original directive of November 14th, 2012 is pending in the court and hence any subsequent directive on the matter is not supposed to be responded.

Subsequently, along with going into the court, telecom companies had taken back the night packages, while they continued to offer chat rooms and chat services to their customers.

PTA says it had confirmed through its regional-offices that chat room services were still offered by telecom companies.

After the recent discussion in Senate on night packages and their immoral impact on youth, PTA – in continuation of its November 14th, 2012 directive — re-directed the telecom companies to stop chat services.

However, as mentioned above, telecom operators think that since that matter is in court and hence there’s no point of submitting a compliance report.

PTA thinks that telecom companies could simply write the very same reason to authority instead of not submitting any compliance report at all.

The post Telcos are Yet to Submit Compliance Report for PTA’s Directive on Chat Rooms appeared first on .