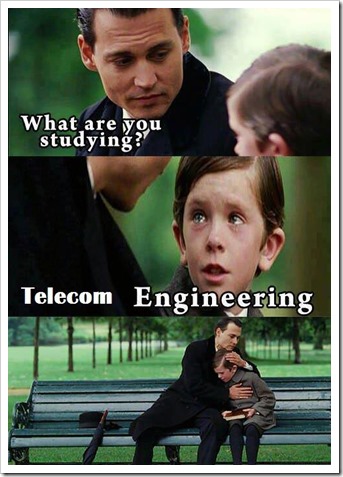 Being part of telecom industry in Pakistan, if it is believed that we are living in the modern world and “enlightened moderate “ society with equity and poised professional rights, then think again because you are probably far from ground reality.

Our neighbour country has social class system for centuries which has inspired telecom sector by a great deal as it is adopted by telecom sector of Pakistan as it is. Same as in Hindu social system, in telecom sector we have Operator, vendor & sub-contractor with its counter parts as Brahmins, Kshatriyas & Shudras respectively.

Operator class “the priests and elites” are believed to be the owner of everything and considered to have every right to do anything and everything without even considering much about the moral values at times.

Some of the people from this class are so much obsessed with this fact that they don’t even consider realistic ground realities for the evaluation of certain tasks and penalize the “Culprits”.

Now culprits are broadly divided in to two categories which are obviously our other classes. First of them is Vendor “so called warriors”, are supposed to know every art of war, tactic, strategy and plan to convince “the priests “. They must and should know everything about everything whenever asked by “the elites”. This class offers a bit of flexibility for redemption by taking the shelter of operator or sub-con in case of any hazard depending on the situation.

The other culprit class is sub-con which may be referred as labourers, artisans, purer individuals by lower or simply waste cleaners. This class must abide whatever and whenever is asked or told by the other two classes without the distinction of time, nature of work or any hazard what so ever involved. Every other class must admonish them sarcastically whenever possible to remind them who they are and what their obligations to their masters are. This class soon ends up having no self-respect, compromised credibility, lower self-esteem and under performance issues.

Brief comparison must be presented for the school of thoughts being followed by the leading operators in the country which are “Quality and cost”. The approach is quite simple “compromise one for the other”. Mobilink, leading operator in terms of customers has recently chosen Ericsson as its vendor. Ericsson is considered to be one of the best and stable vendors worldwide in terms of Quality and a decent employer as well. So the message is clear that Quality won’t be compromised for cost and certain level of benchmark for employees will be maintained for better efficiency of the human resource.

Telenor Pakistan being the second in line in terms of customers has opted for ZTE as its vendor. ZTE offers its services relatively lower in cost compared to some of its counter parts. This approach reflects operational, maintenance and equipment cost saving with some leverage for quality compromise quite evidently. Generally In cost saving model, Human resource falls as cost saving “Commodities” along with other O&M cost saving parameters.

Often questions are raised for the under-achieved network throughput to its optimum capabilities and so many points are made but most importantly social class factor along with human resource exploitation are ignored all together for unknown reasons. This class system creates a great deal of communication gap among the operator, vendor & sub-con teams.

Furthermore most exploited working class Sub-cons, are asked to do so many things and are expected to work round the clock 24/7 which is impossible if evaluated in terms of available resources to them and time lines for completion of tasks, no rosters or shifts are observed for operational activities as well.

Salaries of this working class including engineers are ignominiously low even compared to the clerical staff or other appointments in government where selection criteria is 12th grade or below. Not to mention medical and other basic benefits are far from sight, no personal or family life for field teams what so ever.

So much emphasis have been made on HSE in general but it is not more than a thought or a dream for these teams. This clearly shows that most of the people working in this class are not there by choice and yet they are the ones who are show-runners, working day and night without much bothering about terrain and weather some of them even lost their lives in the line of duty.

It is an open secret that we cannot appreciate the efforts unless we don’t empathize with the ones in that situation. Efforts should be made and managerial policies must be devised by the ruling elites of this sector, for effective use of human resources by rosters scheduling, revised salaries and provisioning of basic facilities for operational activities in order to get the required network KPIs along with thriving and motivated operational work force.

Writer is currently a field operations manager at an infrastructure vendor operating in Pakistan.