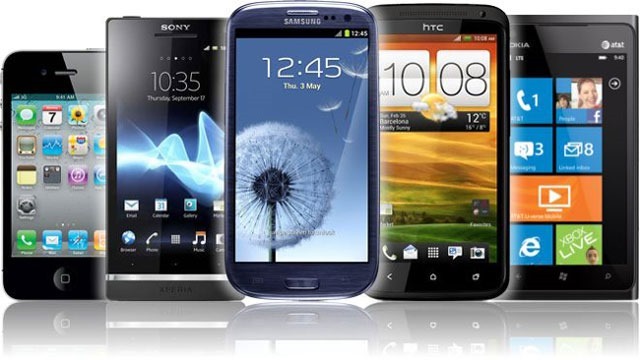 According to a new report by IDC, the number of smartphone shipments in 2013 reached one billion for the first time ever. Scales were tipped just above the golden figure, at 1.004 billion units. The total mobile phone sales also reached 1.82 billion.

The big names were responsible for the achievement. Samsung raked up most sales, selling a record 313.9 million smartphones, capturing 31.3% market share and marking a 42.9% year-on-year increase.

The Chinese giant, Huawei was third, managing to capture 4.9% of the market with 48.8 million phones sold. It along with LG and Lenovo was in for a tough battle, with the latter two selling 47.7 and 45.5 million smartphones respectively. Still, out of the three, Lenovo was a big winner with 91.7% increase in sales over last year.

The “Others” portion, which includes names as HTC and Nokia constituted for 39.3% of the smartphones sold worldwide, which is bigger than any single company right now.

The research firm also concluded that the biggest trends last year were the increase of display sizes and low cost phones. This was also the first year where the number of smartphones shipped was larger than that of feature-phones. 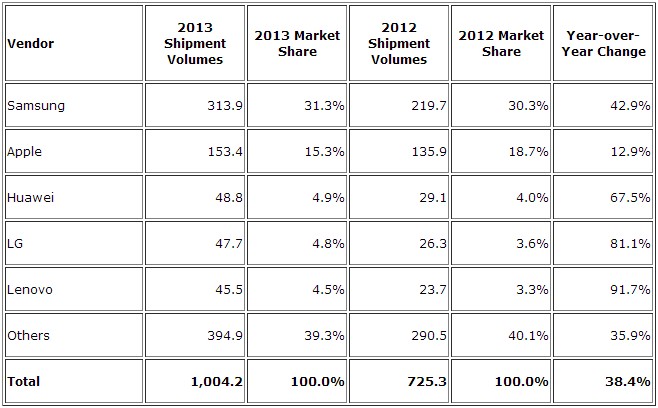 The post Smartphones Shipments Cross 1 Billion for the First Time in History in 2013 appeared first on .