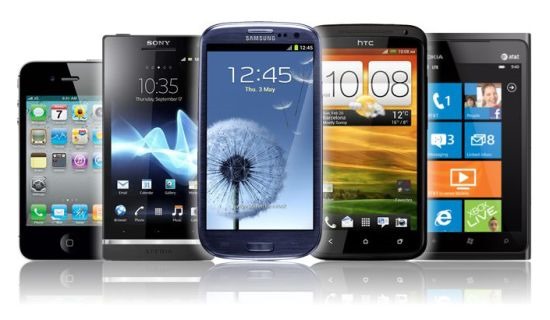 According to the report, Samsung now accounts for a third of all smartphones shipped with an estimated 85 million smartphones – a record for the company.

The iPhone accounted for 1 in 7 smartphone shipments during Q3 2013, representing a quarterly growth of 8% from Q2 2013.

These top end players are expected to continue to witness impressive growth next quarter due to seasonality, however, the report said, there can be steady decline in growth thereafter especially in maturing markets.

Nokia shipped a record 8.8 million Lumia devices and nearly 6 million Asha smartphones in Q3 2013, together exceeding LG for the second time this year. LG maintained its smartphone shipment pace compared to the previous quarter, shipping another 12 million in Q3 2013, representing a 24% increases year-over-year.

BlackBerry’s recent results – which run to a different financial schedule – are expected to see them ship just under 4 million smartphones in Q3 2013. In the three months to the end of August 2010, BlackBerry clocked up some 12 million smartphone shipments and more than $4.6 billion in revenues; in its most recent quarter, smartphone shipments had fallen to a paltry 3.7 million against revenues of less than $1.6 billion; the costs of sales were now exceeding the revenues earned.

Huawei, ZTE and LG together shipped over 37 million smartphones in Q3 2013, accounting for a combined market share of 15%.

Juniper report notes that increasingly vendors will be required to anticipate customers ‘future needs’, whilst at the same time creating ‘new needs’ that customers will find desirable. This will become of paramount importance as new customers become a scarce resource and vendor churn becomes a major factor.

The post Smartphone Sales Surpass 250 Million Units in Q3 2013, with Nokia Back in the Top 3 appeared first on .