Pakistan saw its deadliest day yet since the outbreak emerged in the country on Feb 26th, 2020 as a record 136 patients died of Coronavirus in the country.

68 deaths were reported from Punjab only where 19 patients died in Lahore while another 9 lost their lives in Rawalpindi district.

Sindh and KP reported 33 and 24 deaths respectively. 7 patients died in Islamabad and 4 in Balochistan.

Overall case to death ratio is still around 1.9%, however, increase in daily deaths is due to surge in cases at the end of May after Eid. This indicates that daily deaths will remain around 100 to 150 over the next 15 days, as new cases averaged 5,000 to 6,000 during first two weeks of June.

Not to mention, deaths increase after two weeks of new cases.

With lock-downs in Lahore and Islamabad (which started last night), it’s hoped that new cases will be brought down.

Not to mention, Lahore, Karachi, Islamabad, and Rawalpindi made up more 70% of national positive cases.

Sindh is also considering to lock-down parts of Karachi as an effort to contain the disease.

Pakistan’s doubling rate (for new cases) is still with-in 15 -17 days’ range, indicating that while the peak isn’t in the view, the surge in cases is still not exponential.

If SOPs are followed as more awareness is created and lock-downs are enforced, it is hoped that cases will be contained and a peak could be reached with-in July. 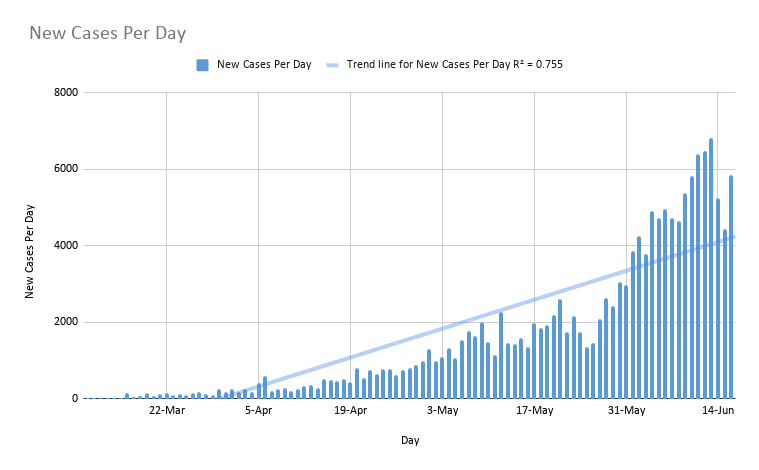 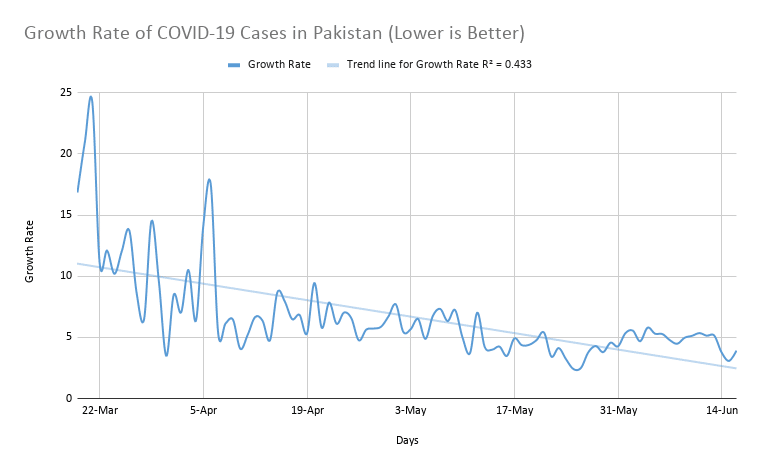 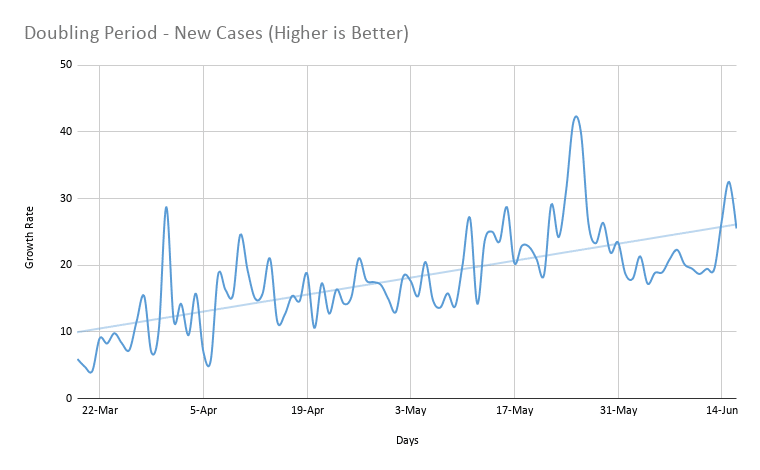 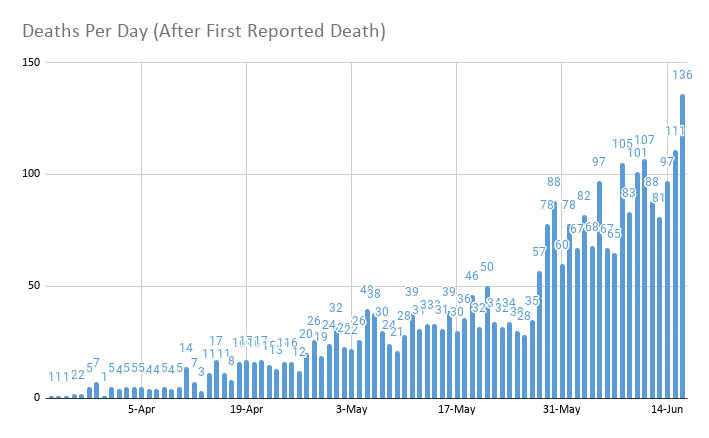 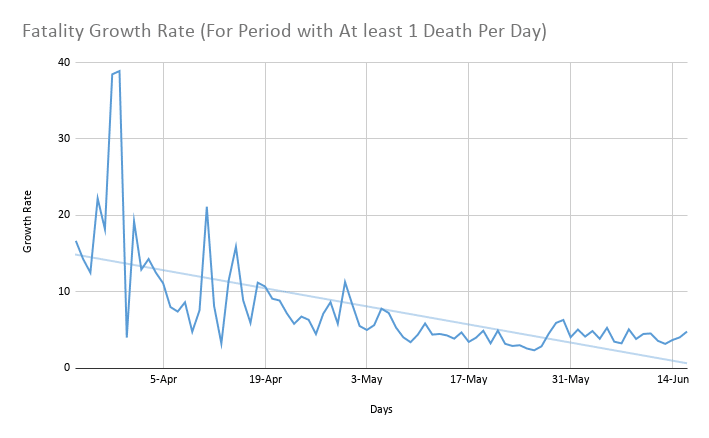 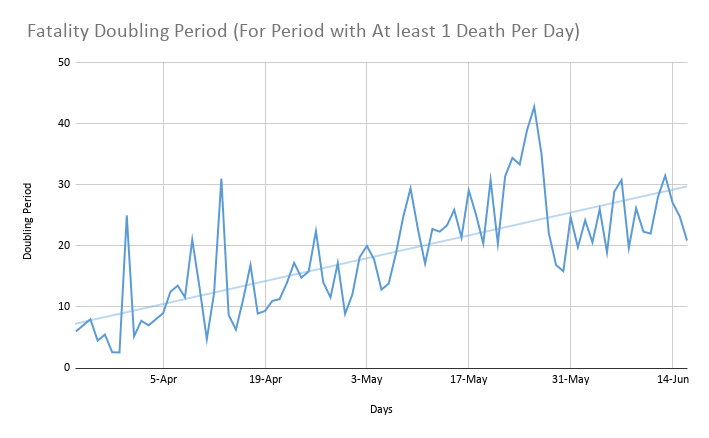 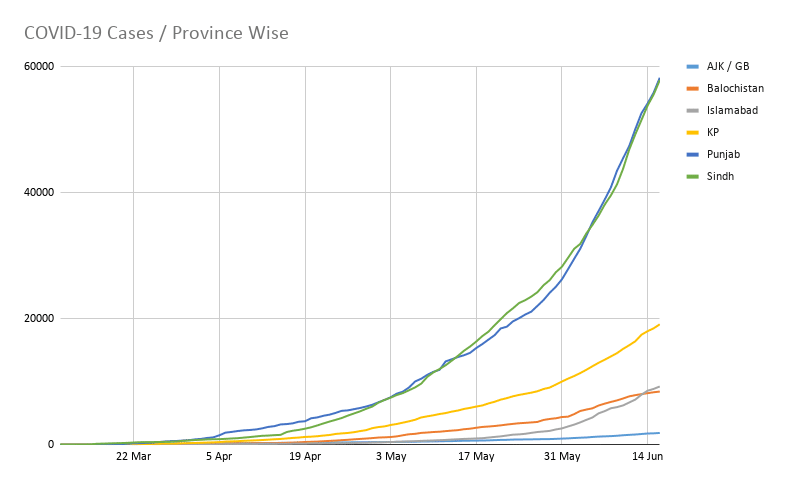 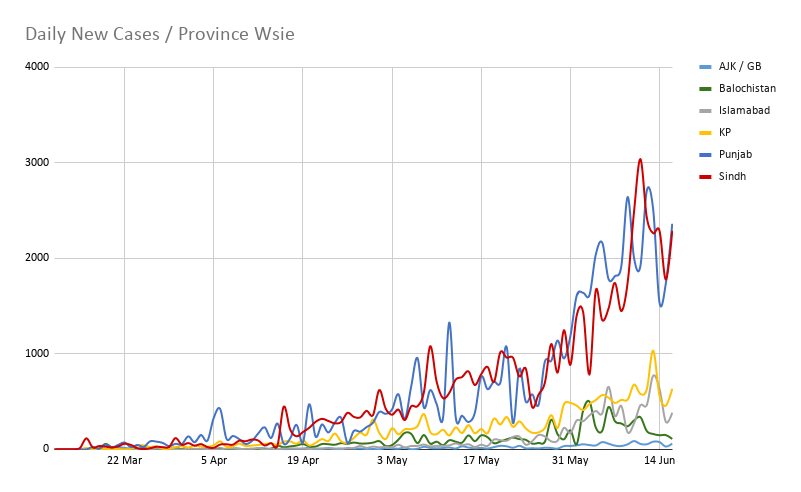 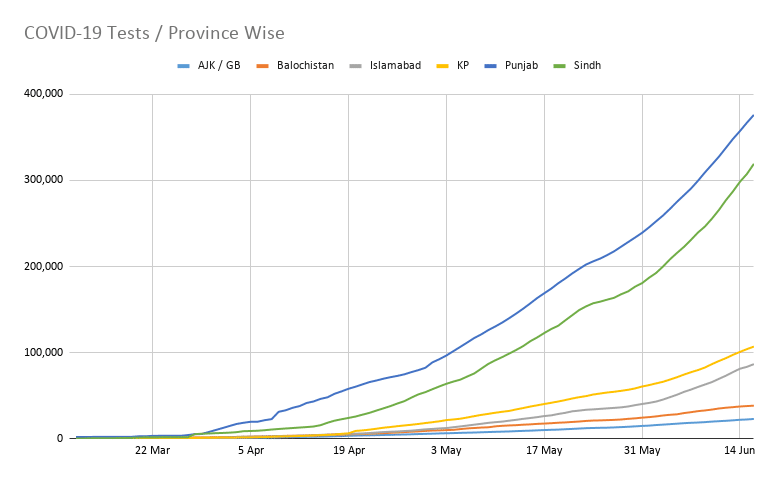 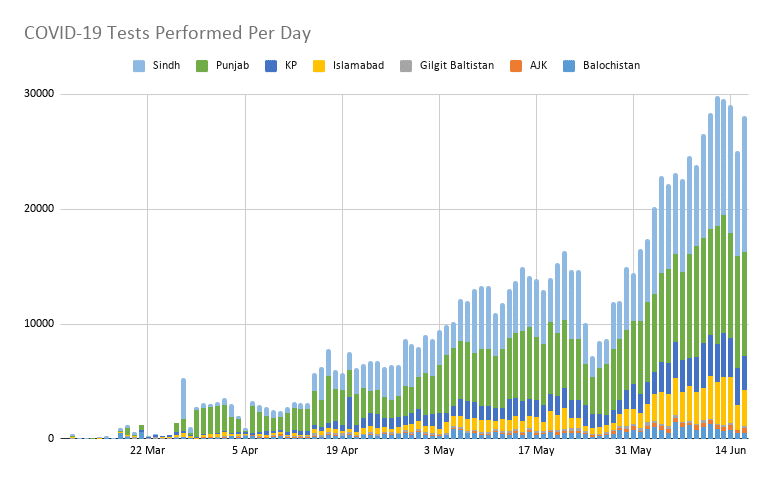