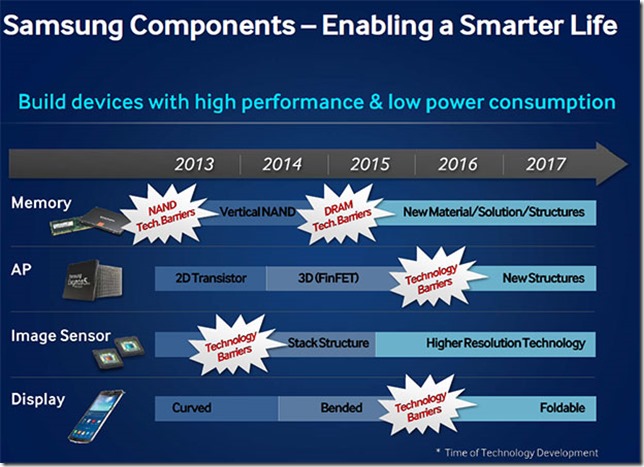 Samsung has announced that by 2015-16, it will grab another first in the smartphone industry, in the form of ‘foldable displays’.

Until now, we’ve seen foldable smartphones such as the Kyocera Echo but when it comes to displays, the consumer use of the technology is still virtually non-existent.

The revelation was made by Samsung Electronics CEO Kwon Oh Hyun at the Samsung Analyst Day in Seoul. According to his plans, the company will also be offering bendable smartphones by next year. Hyun also maintained his statement regarding the company’s Galaxy Gear smartwatch, saying that it’s not up to the mark.

New innovations in other technologies such as image sensors and APs were also discussed which should be making an appearance in the company’s mobile devices by 2016.

The Korean company already has a bit of a reputation for betting their money on new and ground-breaking ideas but will those foldable and bendable displays prove to be practical and actually useful, instead of taking the word ‘gimmick’ to an all new level? Looking at Samsung’s recent history that’s tough to tell.

The post Samsung Will Make Foldable Display Smartphones by 2015 appeared first on .