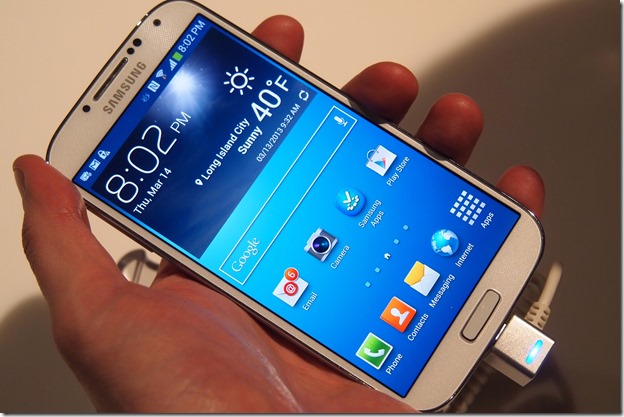 Samsung is planning to launch another variant of its Galaxy S4 flagship smartphone, this time with better connectivity options. The new S4 will be the first phone to use the advanced version of LTE (long term evolution) connectivity.

The revelation was made during an interview by the Samsung co-chief executive J.K. Shin.

The new LTE-Advanced 4G technology will be twice faster than the current LTE technology. It will be able to download a complete movie in just a bit over 1 minute compared to 3 minutes taken by the current technology. “As operators seek to provide more data-centric mobile services, I think this will become mainstream 4G technology globally in the coming years,” said Shin.

The advanced LTE chip will be made by Qualcomm. Shin was also optimistic because he thinks that it will further help the company stand out from the lot. “Such technology leadership will set the pace for the competition and help us become a major player in the network gear market”.

Shin did said that the new S4 will be more expensive than the current S4, expectedly. The price and availability details are unknown as of now but the phone might be launching as early as this month in Samsung’s native land, South Korea, where LTE-Advanced technology is said to be installed this year. International availability should follow soon too.

Needless to say though, a relatively few number of countries be able to receive it as LTE has only just managed to reach most markets. And in case you don’t know, the company has already demonstrated the 5G technology earlier this year so the new S4 really won’t be the limit for Samsung.

The post Samsung to Launch a New Galaxy S4 with Faster LTE appeared first on .