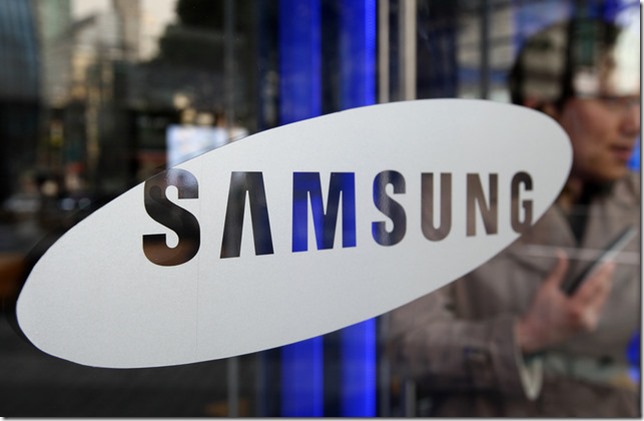 According to a new report on companies that spent most on Research and Development last year, Samsung ranked 2nd overall. The Korean company spent $10.4 billion on its future projects, $1 billion less than the German car company Volkswagen which came first.

Meanwhile Samsung’s primary competitors weren’t even close. Apple, for instance, wasn’t even in the table.

Only Nokia and Sony managed an appearance, climbing on to 18th and 20th spots respectively. For Nokia with $6.1 billion, the year marked a 14.4% plunge in the money spent on this category.

Intel and Microsoft reached 4th and 5th respectively while Google, with its plethora of both bizarre and high-tech projects could only reach 12th, spending $6.8 billion.

What, however, is worth noting is that these companies  have spent this money, not only on their mobile phone divisions, but on pretty much everything they make. Samsung, for example, makes everything from Televisions to Refrigerators. Also, while some companies have spent more on research than others, the difference amongst them isn’t really that much.

The overall spend, globally, on the R&D stood at $638 billion, with Software & Internet, Health, and Auto sectors accounting for 74% of the overall growth in spending.

Overall, technology companies grabbed 13 positions out of 20, which shows just how much on the cutting-edge the companies here have to be.

Here is the list of top 20 companies spending on R&D the most: 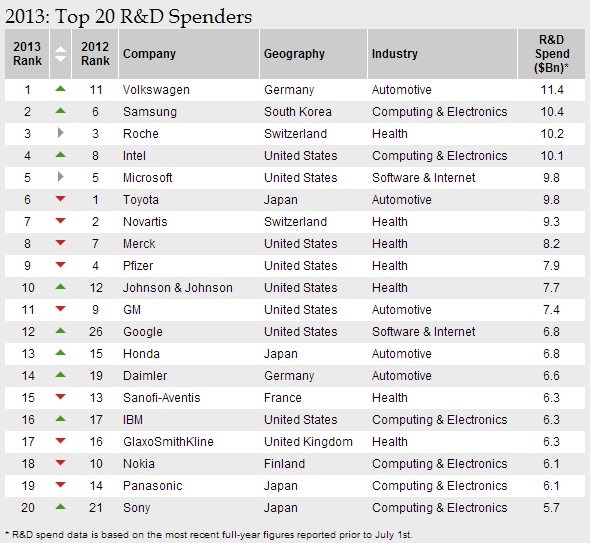 Via Booz and Co

The post Samsung Ranks Second in the List of Companies Spending Most on Research appeared first on .