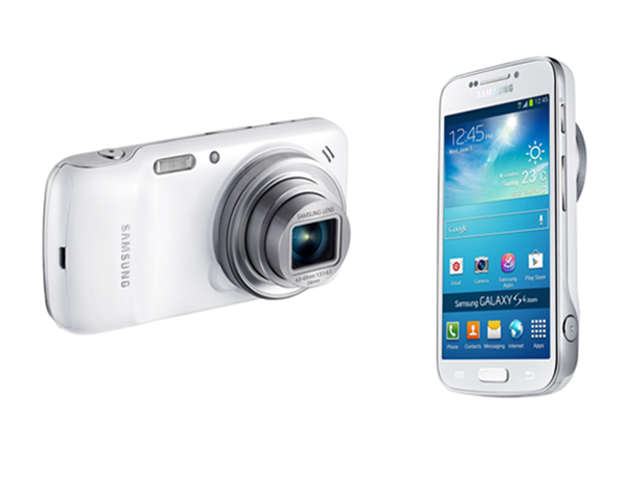 The list of phones in the Galaxy S4 range is mind-boggling in itself. Following from the original international Galaxy S4 and the quad-core SnapDragon versions, we got the S4 mini and then the water-proof S Active and now, for the cameraphone fans, the S4 Zoom with a 16-megapixel sensor, a 10x optical zoom, and a Xenon flash.

Galaxy S4 Zoom is targeted specifically towards people who use their phone cameras as their primary photo-taking tools.

Running on the Android 4.2 Jelly Bean operating system, the phone is powered by a 1.5GHz dual core processor (which will vary to markets according to Samsung) along with 8GB of internal storage and 1.5GB of RAM that’s expandable via microSD card slot.

Connectivity options include WiFi a/b/g/n as well as Bluetooth 4.0 and NFC along with A-GPS and GLONASS, an accelerometer, digital compass, proximity sensor, gyroscope, and light sensor. The battery is a 2,330 mAh pack, even though Samsung is not saying how long it will last.

At back, there is a full-fledged camera of 16-megapixel CMOS sensor with optical image stabilization, 24-240mm 10x optical zoom, with an F3.1-F6.3 lens along with 1.9-megapixel camera for video calls.

The smartphone camera hybrid comes with a fanatical shutter button .There’s a Xenon flash, rather than the usual LED, allowing up to 4fps burst photography with autofocus and support for recording up to 1080p30 HD video.

Another novel feature embedded in this device is Samsung Zoom Ring, which, if twisted when in a call, automatically kicks into camera mode allowing you snap a photo as well as sending it via MMS to whoever you are talking to.

However, the Samsung Galaxy S4 Zoom will go on sale this summer in United Kingdom and then will move to other regions, though the company is yet to confirm pricing.

The S4 Zoom will be available in Q3 of 2013. The price is unknown right now though.

The post Samsung Announces Yet Another S4 Variant: the S4 Zoom appeared first on .