Despite the quality constraints, QMobile has been able to leave a mark against established rivals such as Nokia and Samsung. The pace at which they’re moving forwards, coupled with their competitive pricing has proved to be a recipe of success and now they’ve announced two new top-of-the-line handsets.

The Z4 and Z3 are the first phones in the Quatro series, while the Z4 is the new flagship of the company. 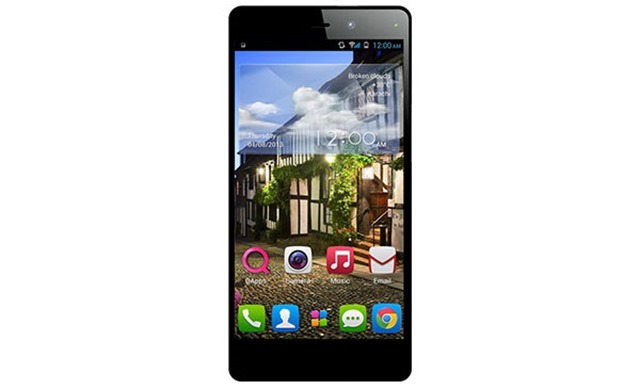 The Quatro Z4 is a tempting package but its price is unheard for a brand like QMobile.

To start with, it is arguably the best looking phone from QMobile. Sporting a unibody design, the phone is just 7.7mm thick, quite an achievement for any phone. The iPhone 5s, for instance, is 7.6mm thick.

At the front, sits a 5 inch Full HD Super AMOLED display with 1080 x 1920 resolution and anti-reflection coating. The bezels are also just 2.54mm wide. Above the display is a 5 megapixel front-facing camera.

The internals of the phone include a 1.5Ghz quad-core “turbo” processor which is infact a Cortex A7 with PowerVR Series5XT, 2 GB RAM and 32 GB expandable storage. This processor sure is aging but should be just fine for handling normal tasks.

Around the back, sits a 13 megapixel autofocus camera with Full HD video, along with a single LED Flash. The camera is also capable of panorama photos and burst shots, capturing as much as 99 snaps in 21 seconds, supposedly. Dual-mic noise reduction should also aid while shooting videos.

The Quatro Z4 comes with Android 4.2 Jelly Bean pre-installed and we’re not quite sure it will get updated to 4.4 KitKat in the future.

Since QMobile has tried to make this phone feel just like any other modern flagship, the phone even comes with several software tricks of its own. Those include sweeping hand just above the phone to answer calls and directly calling a person by taking the phone near your head from the messaging app.

The phone is powered by a non-removable 2000 mAh battery, substantially less than what we’re used to seeing in flagships and we’re a bit skeptical about it. Connectivity options of the phone include Wi-Fi 802.11, Bluetooth 4.0, GPS, 3G and microUSB.

Now, for the price. The Quatro Z4 comes at a price of Rs. 35,000. That’s more than any other device in the company’s history and not many people would’ve seen this coming but for a phone with specs like these (at least on paper), it seems quite reasonable to us. 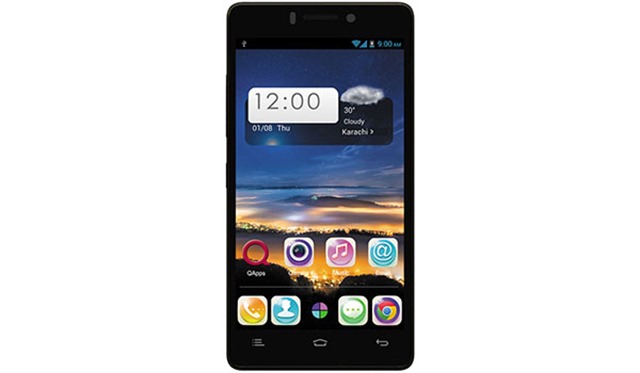 The Quatro Z3 is the more modest offering of the two. Packing a 4.8 inch Super AMOLED Display upfront, the screen comes with HD resolution of 720 x 1280 pixels.

Just like its bigger brother, the Z4, the Z3 also comes in a unibody design, which is even thinner at just 6.85mm thick.

On the hardware side of things, the Z3 comes with a 1.5Ghz quad-core Cortex A7, PowerVR Series5XT GPU, 1 GB worth memory and 16 GB internal storage, expandable via a microSD card slot.

Right at the back is an 8 megapixel autofocus camera with Full HD video recording, along with a 5 megapixel front-facing camera.

The phone’s connectivity options include Bluetooth 4.0, Wi-Fi, GPS, 3G and microUSB. Just like the Z4, the Z3 too comes with a 2000 mAh battery which again, for an HD display smartphone, doesn’t sound quite enough but if optimizing has been done underneath and through software, it may be just fine.

The operating system running on the phone is Android 4.2 Jelly Bean, which again, has rather slim chances of ever getting updated.

Since this phone isn’t QMobile’s flagship, it comes with a much, more cheaper price, at Rs. 26,500. Given its feature set which, undoubtedly, isn’t that different from the Z4, we really believe that the Z3 may find a larger audience.

With these two phones, we really hope that QMobile has upped its game even further, and that along with respectable specs on paper, it has also worked hard to provide a better experience with these phones.