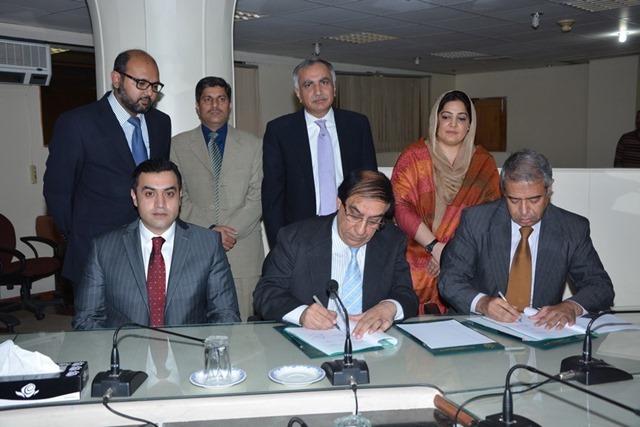 PTCL and Electronic Government Directorate (EGD) yesterday signed an agreement according to which PTCL will offer data hosting facilities for the implementation of E-office project, said a statement issued by Ministry of IT and Telecom.

Ms. Anusha Rehman, Ministry for IT and Telecom, earlier chaired a meeting where modalities of the agreement were finalized.

Ms. Rehman termed the agreement an historic moment as the E-office replication project finally entered into the implementation phase.

The Minister noted with deep regret that E-government project remained unimplemented since 2007, only because EGD/PCB could not establish a data hosting centre despite its allocation in PSDP. But now the team at Ministry of IT will ensure that this project is implemented within stipulated time period.

The Minister reiterated that the security of the E-office system is the most important element so that no one would be able purge the record. As the security, transparency and efficiency are the key features of the project, the Minister also directed the EGD/PCB to make all necessary arrangements for the training of the officials of all Ministries so that we could get maximum benefits.

In the implementation phase the work will be monitored expeditiously against KPI’s/targets and no further delay would be tolerated Minister added.

It merits mentioning here that PTCL was awarded the project without publicly tendering the requirements.

Ministry of IT believes that its an interim solution provided by PTCL, during which NTC will get its own data centre to finally provision hosting facilities for the E-Office project.