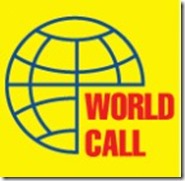 Paper said that police raided the offices of World Call despite the fact that pre-arrest bail had been granted to all the office bearers.

Police said that raid on World Call office was concerning a FIR lodged with them. Complainant had claimed that he had invested some money in the company but later decided to withdraw the investment and lodged a case against the company.

Company says that police is harassing the employees of World Call by registering fake cases just to keep World Call away from 3G bidding process.

LDI Operators, on other hands, in a meeting condemned the actions of police against World call Telecom. The LDI Operators in its meeting demanded protection of law for World Call Telecom.