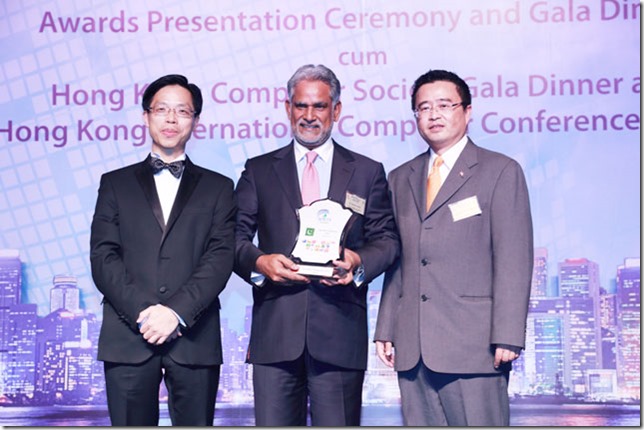 Pakistan will be the host of the Asia Pacific ICT Awards (APICTA) 2014. This was officially announced at the APICTA 2013 Gala dinner and Awards ceremony held at the Hong Kong Convention And Exhibition Centre on November 28, 2013.

The Immediate Past Chairman of P@SHA, Mr. Naseer A. Akhtar (CEO, InfoTech Pvt. Ltd.) received the official handover plaque to host APICTA 2014 in Pakistan from the hosts of APICTA 2013 at the star-studded event in Hong Kong.

President P@SHA, Jehan Ara speaking at APICTA 2013 urged the delegates present at the ceremony to visit Pakistan next year as well. 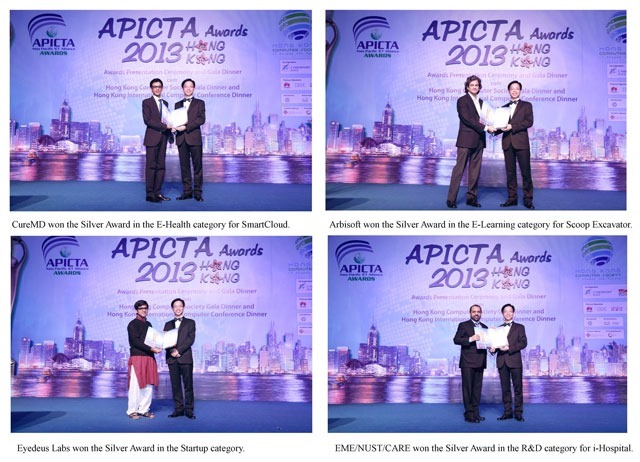 In April 2013, Team Pakistan visited Taiwan to attend the APICTA Exco Meeting and participated in a bid to host APICTA 2014. The team led by Naseer A. Akhtar, Jehan Ara, Zafar Khan and Sultan Hamdani presented a strong case in front of the panel and won the bid for Pakistan.

Commenting on the win, Jehan Ara President of P@SHA said that it was an amazing moment when the plaque to host the event was handed over to Pakistan. “And when I showed the 10 minute video clip of Pakistan and invited the 1200 delegates to come and experience Pakistan for themselves, they were absolutely taken in by the beauty, the infrastructure, the people, the technologists and the culture.”

Hosting APICTA 2014 in Pakistan is a gigantic leap not only for the IT industry but for Pakistan as a country.Hundreds of delegates from 17 economies will be participating in the event.

It will be a wonderful opportunity for Pakistan to outshine and leave a positive mark on the international community by highlighting Pakistan’s tech industry as well as the general industry, introduce our ethnically rich culture and open plenty of avenues for networking that will lead to future business relationships and investments.

Pakistan has been an active participant at APICTA for the last decade. Over the years the delegation from Pakistan has been getting larger in number and competitive enough to receive recognition from counterparts in the region having been the recipient of quite a few awards in recent years.

The post Pakistan To Host APICTA 2014 appeared first on .