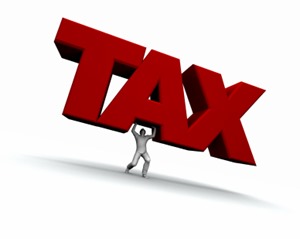 Pakistan has announced to increase the tax rate on telecom services, a sector that is topping the taxed list, by 5 percent from July 1st, 2013.

According to Mr. Ishaq Dar, the Finance Minister, all telecom users will now have to pay 15 percent withholding tax, which was previously settled at 10 percent for last many years. Mr. Dar said that proposal has been incorporated into the finance bill after consultation with the concerned stakeholders.

Mr. Dar, in his briefing to National Assembly today, said that this increase in tax can be reimbursed to the customers as it is adjustable in the yearly financial assessment of the individuals.

After this increase in WHT, taxes on cellular services are as following:

In addition to these government taxes, every cellular operator in the country deducts 7 percent service charges as well.

42% of Load Goes in Taxes and Charges

A customer loading Rs. 100 card will be taxed as following:

Hence, a customer will have to pay Rs. 41.5 out of Rs. 100 in the name of taxes and service charges. This explains that how government is getting greedy about collecting taxes from telecom users.

Analysts believe that the move is not well thought of, as taxing the most taxed sector can fireback and may hit the annual collections made through taxing the telecom sector.