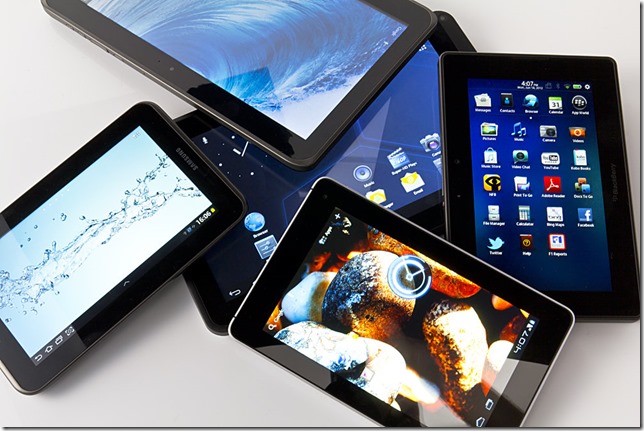 Continuing its dominance from smartphones, Android has certainly started to increase its lead drastically in the tablet market too.

According to a new report by Strategy Analytics, out of the 51.7 million tablets shipped in the last quarter, about 67% of tablets ran on Android OS. iOS-running iPads largely lagged competition at 28%.

Microsoft’s Windows-running tablets also saw an increase in their marketshare, making up for about 4.5% of the shipments in the last quarter.

By statistics, Android has made a mammoth leap from last year. In the same time period of 2012, Google and its OEMs had managed to attain a marketshare of 51.4% compared to Apple’s share of 47.2%. What’s critical here however, is that not only Apple’s marketshare, its sales dropped too, in Q2 of 2013 compared to 2012.

Overall, the tablet shipments of 36.2 million were substantially higher than the 24.6 million units shipped in the same quarter of the year before.

If you also combine the shipments of so-called “White-box” or the unbranded tablets, the sales reached a staggering 51.2 million units. While these figures definitely can’t match the sales of the smartphone market, these are certainly respectable in their own right.

More details in below table: 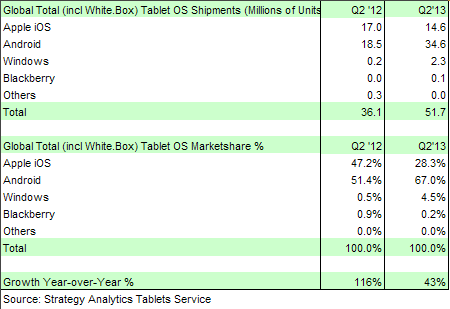 The post Over Two-Thirds of All Tablets Shipped Last Quarter Were Android appeared first on .