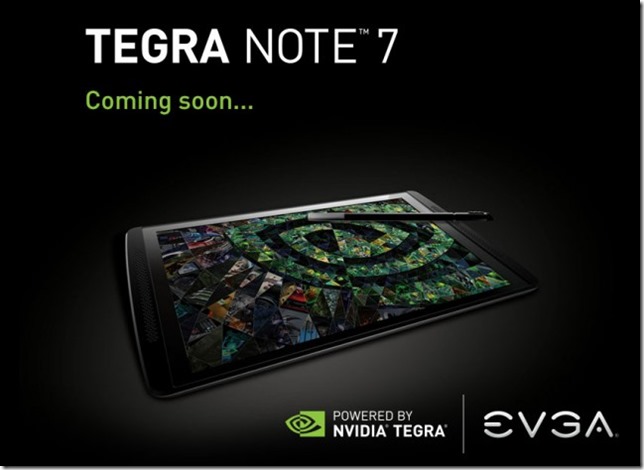 After entering the game console earlier this year with the Shield, the famed hardware-maker Nvidia has entered the tablet market by announcing its first Android tablet.

The device called Tegra Note will be distributed via its partners and has a Tegra 4 processor under the hood.

At the front is the 7 inch IPS LCD display of 1280 x 800 resolution (same as that of the first Nexus 7). It will also support input through a stylus. The OS running is stock Android of unknown version.

Under the hood, you get a 1 GB RAM with 16 GB expandable storage. The quad-core Tegra 4 processor under the hood is followed by Nvidia’s own 72-core GeForce Graphics.

Around the back is the 5 megapixel camera with HDR, followed by a 0.3 mp camera at the front. For connectivity, it has Bluetooth, microHDMI, microUSB and other options.

Here are the full specs of the Tegra Note:

The tablet will be available in October for $199. That’s tempting even though you can get a Nexus 7 2013 for just $30 more but if you want stylus support and can live with a more modest display, this tablet won’t serve you badly either.