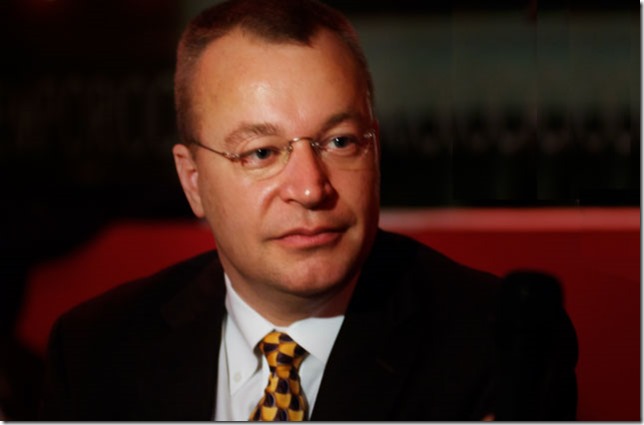 Nokia is going through the critical times. With the announcement of Nokia’s acquistion by Microsoft, executive decisions and the innovation in Nokia products during next few months are going to leave establishing impact on smartphone market.

With the unveiling of six devices yesterday at Nokia World in Abu Dhabi, it is determined that Nokia is taking on the competition in almost every segment. Company’s newly announced tablet, the Nokia Lumia 2520 is already getting positive reviews and is arguably said to be the best in the market.

On one hand, Nokia brings along heritage, rich culture and large portfolio of products while on the other hand its sole reliance on Windows Phone platform – which is almost a necessity for them now – leaves countless questions unanswered.

During the Nokia World yesterday, ProPakistani got the chance to  interact with Mr. Stephen Elop, the head of Nokia Devices, to ask him about the current strategies and future prospects of Nokia. We also talked about the Nokia-Microsoft transaction. Here is the excerpt of our conversation:

ProPakistani: What is Nokia’s strategy for emerging markets?

Stephen Elop: Nokia is committed to enhance the mobile experience of the people who are looking to get connected digitally for the first time.

Our heritage in low-cost devices come with amazing build quality, unmatchable radio performance and crazy battery life; for example our phones can remain without a charge for over a month or even 48 days in one particular case.

On top of that – at almost same price points – we have added Facebook, WhatsApp and other similar apps to get the people beyond the basic calling and text messaging.

This is how people are ultimately getting their first digital experience on a 2G network or probably a 3G network.

Those with more digital demands can of course get to our Lumia series, Lumua 520 for instance. And I will not rule out the possibility of more Lumia devices with lower price points.

ProPakistani: Considering the prices of Nokia Asha phones, let alone the Lumia series, there are manufacturers  — such as QMobile in Pakistan or Micromax in India — that offer ridiculously low-priced smartphones at around $60-$70 with Android experience. How is Nokia going to tackle that?

Stephen Elop: I will tackle that with 60-70 dollar device that is actually better designed, comes with more responsive touch screen, it has better network capabilities and that offers longer battery of course. All these features promise a wonderful experience for sure.

See our approach is different. We carefully optimize the experience according to the market conditions and the price points without compromising.

You are definitely going to make compromises with experience when a vague and huge operating system is squeezed into cheap hardware. That’s not what we do!

ProPakistani: Nokia is making Windows Phone devices for around three years now, but the whole segment is still not profitable. Why a new backup plan isn’t implemented?

Stephen Elop: What we like about Windows Phone — and what you have seen over the past few quarters — is the sales’ trend.

That’s right, it’s not profitable but it was a very conscious decision. When you are starting something new it’s obvious that you have to over-invest, you have to put the money in.

With time we are seeing the growth in sales. In fact we have hit 8 million Lumia sales, up from mere 2.9 million sales just a few quarters ago.

You see there is a momentum in the right direction.

ProPakistani: With growing sales, as you have just mentioned, don’t you think Nokia’s decision for Selling itself was too early?

Stephen Elop: The part of the consideration is that you look at the current pattern, forecasting the growth and the price opportunity at a specific time. You have to make decisions that provide the greatest value to the shareholders.

When you put all the considerations together and shareholders get added value on their investment then they say wow, you have done the right thing.

ProPakistani: Going forward, what is going to happen with brand name of Nokia after Microsoft’s acquistion?

Stephen Elop: After the Nokia-Microsoft transaction, Nokia brand is going to be owned by Nokia company and not by Microsoft. For a period of 10 years, Nokia — as a brand name — will be licensed to Microsoft to use the brand name for Asha and other low-end phones.

For smartphones, this decision is yet to be made that what name, combination of names or brand name would be used for the smartphones after the transaction. This will be decided when both the companies will meet at a time set for that.

Going forward, after 10 years, Microsoft will not use Nokia’s brand name for its devices.

Nokia will continue to be a company outside of Microsoft and will retain rights to its brand and management thereof.

Not to mention, Microsoft will continue to own the Microsoft brand and Windows Phone brand.

So in words, even after the Microsoft-Nokia transaction, hundreds of thousands of Nokia outlets will keep carrying the Nokia branding and they will keep selling Nokia phones like before till the end of licensed period.

We are also looking at proper and intelligent channelization of our sales network, where both Nokia and Microsoft distributors leverage each other.

The post Nokia to Retain its Brand Name for 10 Years, Even After Acquisition: Stephen Elop [Interview] appeared first on .