From the aged Nokia 3310 to the latest Nokia Lumia range, Nokia has a legacy of producing the most hard-wearing and stout phones.

The Nokia 3310 mobile phone which was released in the fourth quarter of 2000, considered to be one of the most indestructible and the best-selling phone of that year, selling 126 million units.

According to Nokia’s press release from 2005:

In fact, Nokia 3310 related jokes are well-known in the Digital World, these puns normally highlights the features that are often overlooked in the age of smartphones: durability, long-lasting battery life and heavy weight.

In January 2012, the company wrote in one of their blog post,

“We haven’t failed to notice that one of the older children of the Nokia family has recently risen back from the dead. The Nokia 3310, introduced in 2000, has started popping up all over the Internet.

The phone has gained a cult of ambassadors, who have ultimate faith in its indestructible nature.”

A fresh occurrence bolsters the belief on Nokia’s durableness and has risen my admiration up following one of these phones has been found in a lake after being lost for about three months – and “guess what?” It survived. 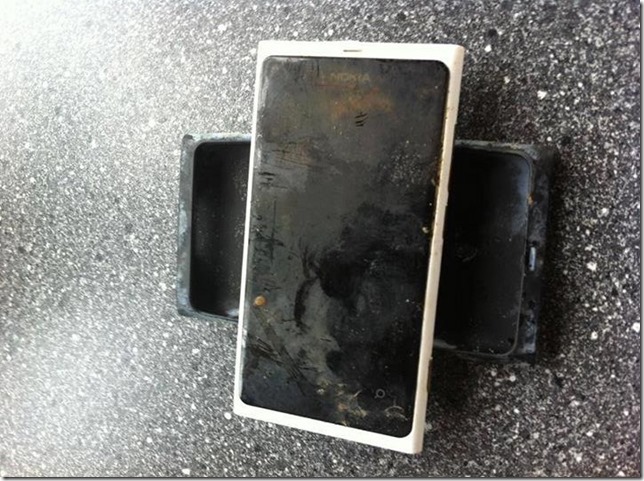 Yes! You’ve heard it right, the story has recently gone viral on the Internet which came out from the Sweden’s Roger Nilsson, whose Nokia Lumia 800 went for a plunge a few months ago in a lake. The conditions of the loss were not instantly known, but it was evidently found more than three months later, stuck between a couple of rocks.

Roger posted this story on Nokia Sweden’s Facebook Page, stating that when he spotted his phone lodged between two rocks in the lake, it was covered with muck, shells and other waste. He cleaned it up, disassembled the whole handset and kept it on a radiator to dry, and charged it up.

He claimed that his phone works completely fine without any apparent issues, and the battery lasts for a couple of days as usual.

For the device which is not developed to survive in water, and is vulnerable to damage like any other regular smartphone in the market today is usually equals a death knell and If this story is true, then it’s quite an stirring achievement for a device that’s not even rated for underwater resistance.

The post Nokia Lumia 800: A Phone That Survived Over Three Months Underwater! appeared first on .