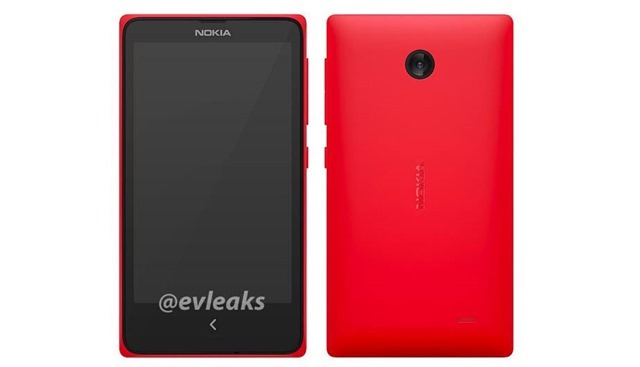 According to a report from The Verge, Nokia might be making a device running a dumbed-down version of Android. The device code-named Normandy lies in the budget range just as the Ashas.

Not to mention, this report is followed by the up-given image leak shared by EvLeaks almost two weeks ago.

A real Asha. Or Lumia? The Nokia Normandy. pic.twitter.com/Q4jpPNte1l

Judging from the sole photograph leaked, the smartphone does seem to be inspired by the Asha 501 with its youth-ish design and a single button (capacitive though) on the front.

The operating system running won’t be full-fledged Android at all, like Amazon’s Kindle Fire tablets, but rather a version which will just be enough to run popular apps made for the Android.

Meanwhile the project is going “full steam ahead”. With its deal, valued at $7.2 billion, settled with Microsoft, it may not see sunshine in its life at all and may be killed even before it is released but we’ve seen stranger things happen.

Its maker plans to release it in 2014, interesting because the Microsoft deal is said to be getting finalised in 2014.

The reports of Nokia joining Samsung, HTC, LG and more than a hundred others in the Android field aren’t anything new. Those started even before the company joined hands with Microsoft to make Windows Phones and have seen been arising every once in a while.

If history plans on repeating itself yet again, then this round of rumours are destined to remain fruitless, but again, who knows.

The post Nokia is Making a Phone with Android-App Compatibility appeared first on .