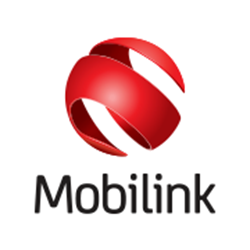 Mobilink recently consolidated its entire range of brands into a single – and claimed to be as one simple – brand.

Jazz, Jazba and Indigo brands have been absorbed into Mobilink, with the prepaid and postpaid portfolios continue to exist, Mobilink’s entire services portfolio is to remain the same as before.

Practically speaking there’s no change for the customers. Tariffs,  plans, bundles are to remain the same. However, on papers, Mobilink is a all together a new company today. With new logo, tagline and philosophy, Mobilink is all set to get to the next level.

“Mobilink’s success over the last two decades has been built on pillars of leadership, innovation, teamwork and positivity. Today, we cater to a demographically younger audience in an increasingly cluttered marketplace, which made it necessary to migrate from complexity to simplicity.

Our new vision of ‘Being One’ is an accurate reflection of our continued focus on being the market leader in everything that we do. The launch of the new brand is also Mobilink’s recommitment to excellence in our Corporate Responsibilities, be it to our business, customers, employees or the communities in which we operate.”

What Triggered the Mobilink to Rebrand?

As part of Orascom-Vimplecom deal all Orascom operations were bound to rebrand in all operating markets. Just like Orascom had announced to rebrand itself to become Global Telecom Holding in late 2012, inline with the outcome of the deal, Mobilink has reshaped itself along with changing the architecture of its brands.

When asked the same question from Mobilink, it said that in an increasingly cluttered marketplace, it was necessary to migrate from complexity to simplicity, to stand for one set of beliefs instead of several, to engage with emotions instead of price-wars, and to focus on retention instead of acquisition.

Mobilink said that it needed to collect itself and re-emerge from a house of brands into a branded house. “We did this by engaging in an exhaustive and classified, organization-wide project which resulted in re-positioning ourselves as ‘Being One’”, said Mobilink.

What will Happen Jazz, Jazba and Indigo Brands?

The prepaid and postpaid portfolios continue to exist. However, the Jazz, Jazba and Indigo brands have been absorbed into Mobilink itself as the flagship platform. All future services will adhere to flagship branding.

What’s in it for a Customer?

As a customer, we are sure, you must be concerned about the benefits that would be available to you after this revamp. We asked Mobilink the same and here’s what Mobilink said:

This is an exciting time for the brand for both our consumers as well as the telco sector. The launch of the new brand is an opportunity to re-commit ourselves to excellence in our corporate responsibilities through business, customers, employees or the communities in which we operate.

The success of the new Mobilink will be built on our continuing endeavor of Being One as we reach out and touch Har Dil, Har Din.

Above few lines, if translated into simple English, means there’s nothing much for the consumer. Yes, they can feel happy for a new look that their company has gotten and enjoy the feel of oneness.

Last but not the least, Mudassar Jehangir – a fellow blogger – did a story on Mobilink’s rebranding. He thinks that Mobilink’s new Logo is being inspired by various other local and international brands. Have a look at it yourself here.

The post Mobilink Gets Revamped, Jazz, Jazba and Indigo Absorbed into a Single Brand! appeared first on .