Telenor added the most customers in the reported month by adding 417,997 customers to its base. Mobilink grew by 305,139 subscribers during March 2013 while Ufone added 264,107 customers.

Just to mention, cellular subscribers – collectively – added over a million customers in one month despite the tough regulatory measures in place on sale of new SIMs.

It also merits mentioning here that addition of over a million subscribers – by all phone operators – in one month was last recorded in November 2012, at a time when celcos blindly sold SIMs because it was last month before sale of new SIMs were banned on retail outlets.

And lastly, March 2013 was first month without any chairman or members at PTA, leaving the authority almost dysfunctional.

A graph showing the trend of new-subscriptions over past one year is given below.

More details about subscribers in below graph. 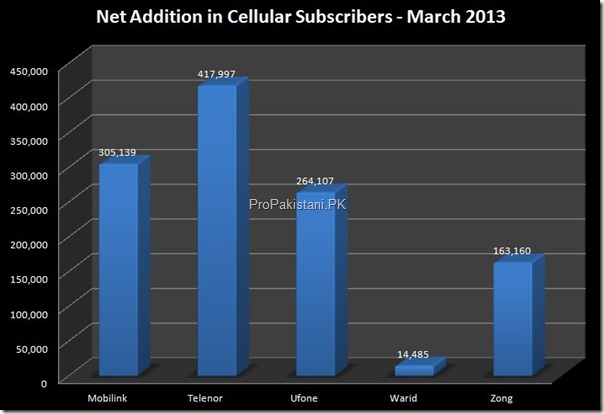 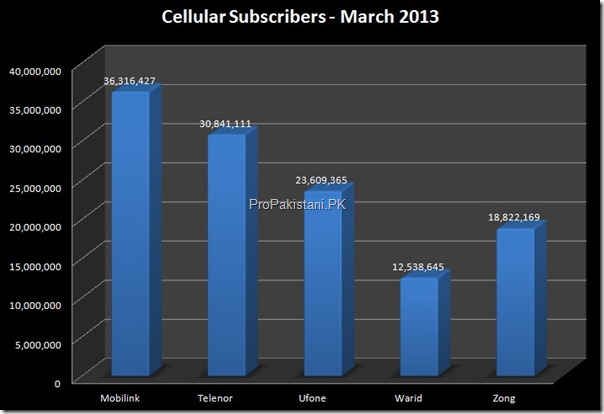 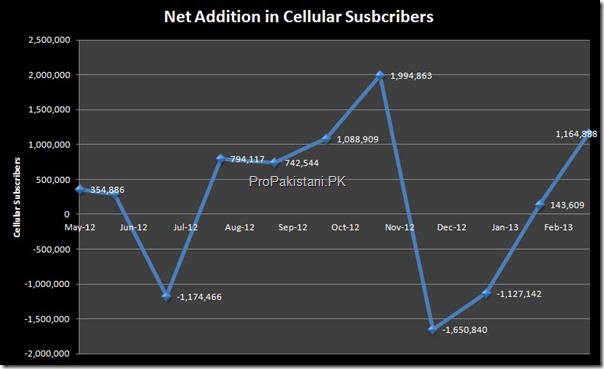