All cellular companies added a combined 649,414 customers during the quarter. This includes a huge data clean-up activity exercised by Telenor (accounting over 1.45 million subscribers) during July and August 2013.

Zong added around 1.2 million subscribers, thanks to its FOC (free of cost) SIM strategy. Moreover, just to add, Zong remains the only operator to not to follow 5 SIMs on 1 CNIC rule. It is worth mentioning here that a huge number of Zong customers void their SIMs after using the free minutes and SMS.

Ufone and Mobilink added around 250K customers while Warid fetched 84K new customers during the quarter.

More details in below graphs: 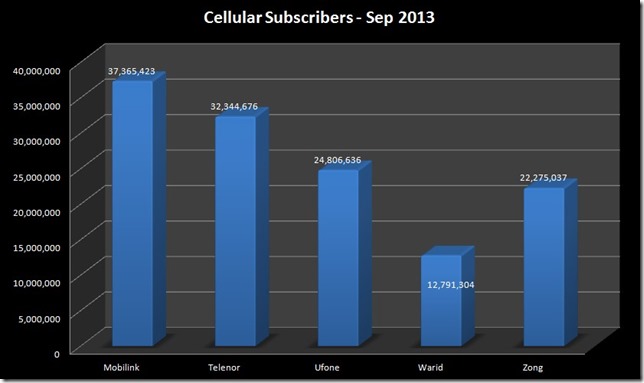 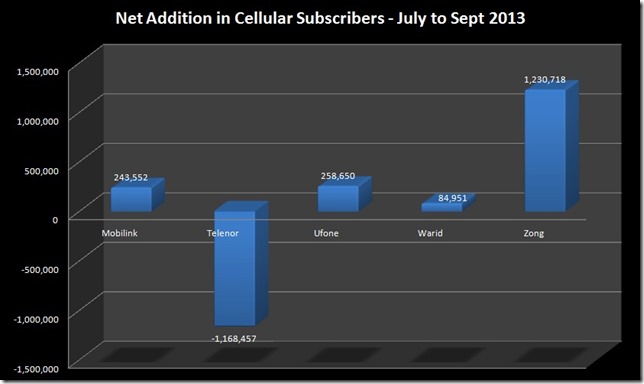 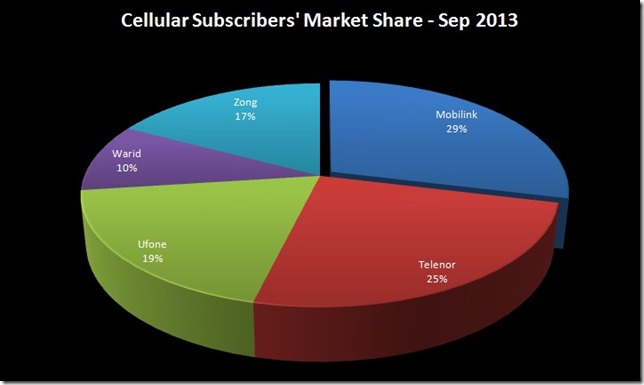