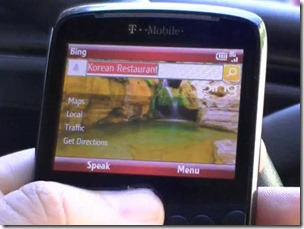 There is no doubt about how the next generation of telecom will see a drastic shift from voice/SMS to data services. Experts say that gradually data will replace voice and we would not need anything less than a 3G (some say 4G) network. Undisputedly, mobile internet is the next big thing.

The need of the time is that telecom operators should consider sustainable partnerships with content providers and app developers. It is imperative that the content and apps are also provided in local languages to leverage reach and spread in the country. The success of catering to the emerging markets will largely depend on how culturally sensitive can an operator, service provider and app developer be. The timeliness of engaging with content services and app development can help to increase customer loyalty and provide them with an opportunity of extracting maximum value from telecom operators.

At the end of 2012, a relatively big chunk of 20% of the total mobile phone customers were smartphone users. Ovum says that by 2017, this number will go up to 50% in emerging markets. When translated into numbers, these figures are quite startling. 50% smartphone users would affectively mean over 2 billion smartphones will be in use in the world.

Analysts believe that the next wave of smartphone users is likely to emerge from the rural and less developed areas.

This observation from the analysts is not in sync with what most in Pakistan believe. Without 3G, we are struggling with basic data services on our mobile handsets. The operators are doing what they can to develop both interest and understanding of mobile internet among users. Mobilink for instance is aggressively introducing, owing to its partnership with Nokia, low-end smartphones that come coupled with attractive offers of data services. Other operators are not far behind either.

Shiv Putcha, principal analyst at Ovum shared his insight on the upcoming mobile internet generation of customers. He said, “Operators and content providers now have an important role to play in helping the next billion transition from basic voice and SMS functionality, to their initial steps with mobile browsers, and ultimately to smart experiences on the mobile Internet.”

“These consumers will expect variety and simplicity in access packages and look for unlimited, time-based, and content-based packages,” said Putcha.

The post Mobile Internet – The vertex of the Next Billion Smart Users appeared first on .