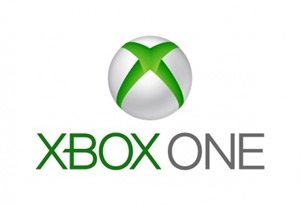 Microsoft’s announcement of the Xbox One console drew a lot of criticism from casual and hard-core gamers alike mainly due to the restrictions which were imposed by the company itself.

However now, after finally surrendering to the pressure from the external parties, Microsoft has eventually decided to loosen up some of them. The most absurd ones, that is.

In the Xbox Blog, project chief Dan Mattrick wrote a blogpost detailing the slashing and further emphasizing on the importance of the gaming communities’ response.

He announced that internet connection (Xbox’s Achilies Heels) won’t be mandatory after all and the gamers will only need it to connect to the network only once, upon its initial setting up. He further said that the game console and its games won’t be region-locked either so the flexibility of the console will be akin to the one of its predecessor.

He also clarified that gaming discs won’t carry an extra charge either and that no restrictions of any kind will be ever be imposed on them. Also in order to play the game, the game disc will have to be placed in its tray and the game won’t be transferred to the hard drive at all so that, to some extent, solves the memory issue as well.

“An internet connection will not be required to play offline Xbox One games – After a one-time system set-up with a new Xbox One, you can play any disc based game without ever connecting online again.

There is no 24 hour connection requirement and you can take your Xbox One anywhere you want and play your games, just like on Xbox 360. Trade-in, lend, resell, gift, and rent disc based games just like you do today – There will be no limitations to using and sharing games, it will work just as it does today on Xbox 360.

Also, similar to today, playing disc based games will require that the disc be in the tray.”

Microsoft is, however, not planning to drop the $499 price tag as revealed in an interview to CNet.

But unfortunately for Microsoft, there’s still anger among the gaming community as evident by the response to this statement on online forums. The damage has been done though, at least to some extent but it’s still a good and composed move by Microsoft to give gamers what they want and make gaming (and life) easier for them.

The post Microsoft Succumbs to Pressure, Loosens Several of its Self-Imposed Restrictions appeared first on .