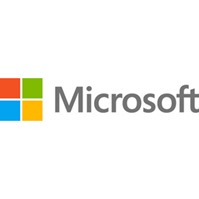 Microsoft clarified this after a news report, published in Wall Street Journal, alleged the company for bribing the Punjab Government official by arranging his visit to Egypt along with his wife on business class airfare and a stay at a luxurious hotel.

According to Wall Street Journal, a tipster had emailed Microsoft in January 2013 alleging officials at Microsoft’s Pakistan paying for the said trip of Punjab Government Official to win a three-year contract – worth Rs. 1 billion – to supply the government with its Microsoft Office software.

Microsoft exclusively shared this clarification with ProPakistani and admitted that company investigated the visit of Punjab Government official and all the details regarding the trip.

After investigation, Microsoft Pakistan found that the visit in question was a reference visit. Company – after closely looking at all the details – concluded that the visit of the Punjab government official was necessary and expenses were reasonable.

Microsoft Pakistan said that company takes such cases very seriously and all reported instances of bribery are properly investigated by compliance experts.

Microsoft said that it directly signed Enterprise License Agreement with Punjab Government and that no reseller, distributor or any third-party was involved in the agreement.