Microsoft has just announced the price of its next-generation game console. The console announced less than three weeks ago will cost $499. The package will include the Xbox One console with a 500 GB Hard Drive, one wireless controller, a Kinect accessory and free two weeks Xbox Live Gold trial.

The eighth-generation console announced late last month is itself a power house. It packs an octa-core AMD CPU, Blu-ray drive, 500 GB hard drive, 8 GB RAM (5 of which will be available for gaming) and compatibility for 4K displays & 7.1 surround sound. For connectivity it has HDMI, 3 USB 3.0 ports and Wifi.

Controller is based on the existing Xbox 360 controller but has gotten better ergonomically. The triggers support vibrations now and the Start & Back buttons are replaced now.

The Kinect for Xbox One is completely revamped in its second outing. The camera in it is now a 1080p one. It process up to 2 gigabits of data per second and features a new IR sensor. It can also detect data from up to six players at the same time now. The Kinect will have to be connected all the time now in order for the console to be usable. Moreover, it supports voice input and air gestures too.

Xbox Live is used for online services and gaming. 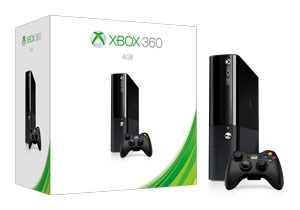 Other than specifying the details of the new One, Microsoft also busied itself by announcing an all new, cheaper Xbox 360 with a new design. The company still thinks that it can sell more consoles even now and the potential is certainly still there.

The design now divides the console in two parts, both of which are glossy and matte black. Apart from that though, nothing is changed.

The post Microsoft Details the Xbox One Price, Shows a New Xbox 360 appeared first on .