The way we interact with technology has changed drastically over the last few years. Just think of it, what were our perceptions of phones and other gadgets just 10 years ago and what are they now? No doubt that our devices are getting more and more integrated into our lives, and becoming a part of it.

Yet, one tech item which we interact with (daily) remains an outsider.  That is our car.

It is agreeable that nowadays you can monitor the position of your car from anywhere through a GPS – through tracker companies or by deploying your own GPS device into the car — but that’s pretty much about it.

You never know what’s going on the inside, how does your car ‘feel’ or how is it performing.

XGear, the brainchild of a startup called One Step Solutions, is pretty much hoping to solve your the problem. 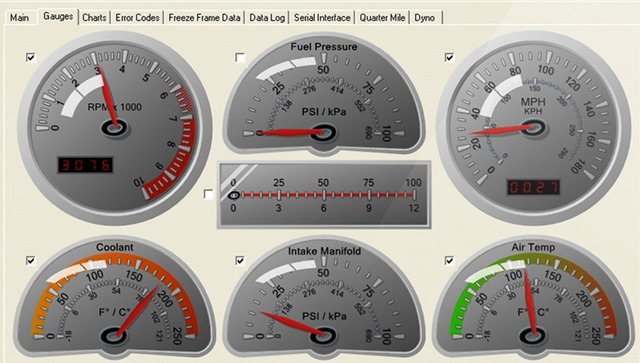 The product is made all-more interesting by the fact that it’s made by some Pakistani guys and is largely developed in Pakistan too. I had the chance to sit with Mr. Ahmed Khalid, the co-founder and CEO of the company, recently who was kind enough to grant me an email interview.

Until now, chances are that you’ve never heard of One Step Solutions in your life so far.

What is it all about? According to Ahmed, he and his team have tasked themselves with the goal of blending technology seamlessly into your life.

“One Step Solutions has a clear vision of using technology to make lives simpler,” he says. “Our innovative culture enables us to think out of the box to develop remarkable products to make a dent in the universe. Over the past years we have developed some of very innovative products to make a massive impact on people using them in various industries such as an affordable HRM solution which is completely integrated with SAP and SAGE, a specialized document scanning and storage solution, SMS based authentication of FMCG products, and completely revamping the OMR based testing solution to enable people to use ink pens, ball points and even markers of any colour to fill in the tests.”

But the main focus here is on cars. And on XGear.

XGear is the company’s solution to bringing this spectacularly useful component of your life, called a car. closer to you. It consists mainly of a hardware dongle which connects to your car’s OBD port (located under the dashboard normally).

After docking the device there, the data from your car is sent regularly to your phone or PC via the XGear application which will be available for iOS, Android and Windows Phone on mobile, and on Windows XP, Vista, 7 and 8 for PC.

“The application will let you view your car usage and trip logs over time. Feedback on your driving style will help you optimize the fuel consumption,” He tells me.

Not only this, but the application will also monitor your speed data, the car condition for you to make use of before service, inform you of your pre-planned events by sending notifications and work towards making your ride eco-friendlier. There will even be a drivers’ social network where you can earn achievements and badges based on your driving. This all data will get stored on the cloud.

But what if you’ve got an aging car? No worries, as most cars come with the OBD port, XGear should work with them. Still for confirmation, the company has already tested the device on vehicles by Toyota, Honda, Suzuki, BMW, Mercedes, Porsche, KIA and Hyundai.

“XGear should work with pretty much every car manufactured after 1996.”

Mr. Ahmed Khalid was also kind enough to give us an exclusive sneak peek into the product: 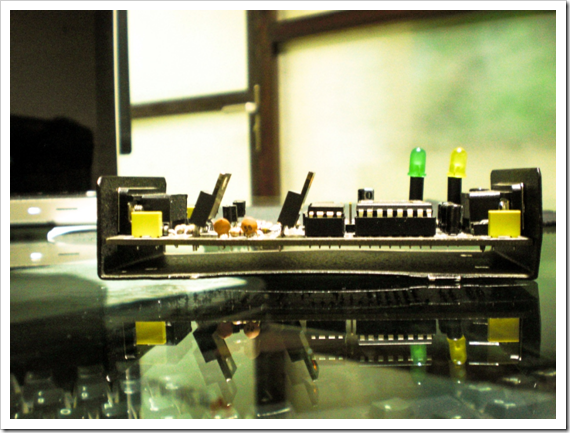 Note: This unit here is a prototype. The final unit will be 1/4th the size of this particular one and should be able to fit perfectly in just about every car.

But when all is said and covered, the thing which matters most in the end is pricing. We know some great products like the Segway, which failed only because of high pricing. What about the XGear?

“The price point of the XGear would be around PKR 20,000 including the hardware dongle and the software,” Mr. Ahmed said. Mind you, that what you’re getting for that price is the entire package which should last almost as much as the car itself, according to him.

As for the availability, One Step Solutions wants to release their product internationally. The device will hit the markets as soon as the end of this year. Negotiations and dealings with many more partners are currently being made to popularize the XGear further.

And the future? “My hopes with the XGear are high,” said Ahmed.

“In 5 years I see this running in every car. I have done a very optimistic financial modelling, and see Xgear becoming the next big thing.”

Calling it the next big thing right now might seem fairly flattering (even though they’ve won the Green and Sustainable IT award at the P@SHA ICT Awards 2013 and cleared the Startup Pirates program) but then again, everything big starts small. This is the primary rule of business and nature, which we hope will apply here too.

The post Meet XGear, a First of its Kind Car-Human Communication Link, Developed by Pakistanis appeared first on .