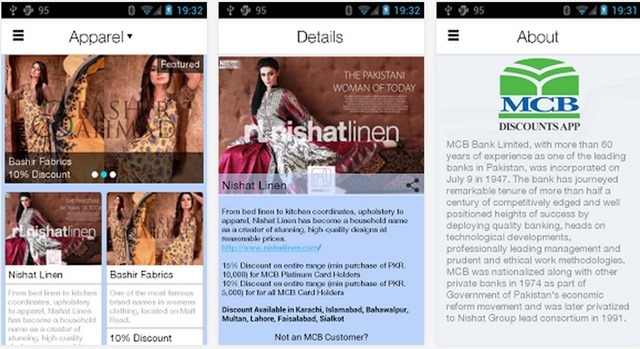 If you are an MCB Visa Card holder (Debit, Credit, Prepaid, Lite) then you can potentially grab discounts up to 60 percent on hundreds of brands at thousands of locations.

Whether it’s shopping, dining or lodging that you want to indulge in simply use your MCB Cards and avail remarkable discounts and privileges!

MCB has dedicated Discount App for both Android and iOS that can keep you posted with the latest deals and discounts offered by MCB.

These apps are primarily the catalogue of all the brands that come with at least 10 percent – up to 60 percent – discount when you pay through your MCB card.

You can download MCB’s Discount app from Google Play Store for Android smartphones or from App store for iOS devices.

The post MCB Discount App: Get up to 60% Discount on Hundreds of Brands appeared first on .