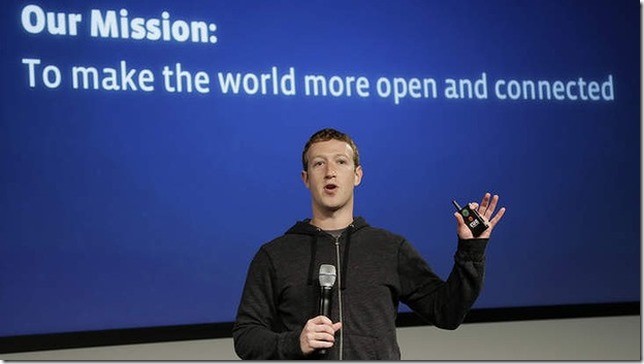 Mark Zuckerberg, the CEO and founder of Facebook has immersed himself in a new campaign. This project, however, might prove to be much harder than any other one he has faced up till now. He has embarked on a mission to bring the internet to the remaining 2/3rd population of the world who aren’t connected.

And Zuckerberg aims to get these remaining 5 billion people to internet through their phones (read smartphones).

His partners include Nokia, Samsung, Qualcomm, Ericsson, MediaTek, Opera and of course, Facebook. The project aims in three basic goals: Accessibility, i.e. to bring the services of the cell phone carriers and manufacturers to a wider audience through more accessible plans and business models; affordability, to make these services cheaper; and efficiency, to lower the amount of bandwidth being used by improving the infrastructure.

“There are huge barriers in developing countries to connecting and joining the knowledge economy. Internet.org brings together a global partnership that will work to overcome these challenges, including making internet access available to those who cannot currently afford it.” Mark Zuckerberg

Zuckerberg further detailed the concept in a document in which, he described the project as one of the most challenging of this generation.

“I’m focused on this because I believe it is one of the greatest challenges of our generation,” he said, “The unfair economic reality is that those already on Facebook have way more money than the rest of the world combined, so it may not actually be proﬁtable for us to serve the next few billion people for a very long time, if ever. But we believe everyone deserves to be connected.”

Whether this project will be fruitful or not is questionable but it certainly is huge. Even if its only partially successful, lives of millions of people might get changed.

The post Mark Zuckerberg and Others Join Hands to Bring Internet to Remaining 5 Billion People appeared first on .