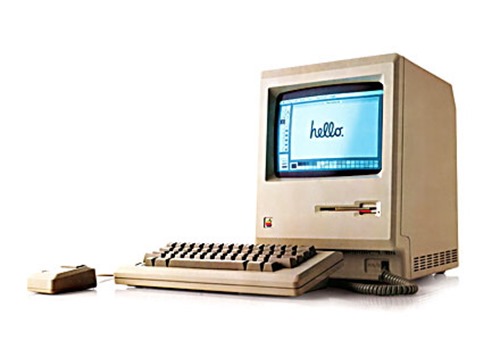 Three long decades since Apple first announced its “speaking” computer, the original Macintosh, which has grown into a phenomenon now.

Although flawed, it is certainly among the most important computers of all time and its importance remains to this day. So to celebrate its 30th anniversary, here’s a brief look at the history of this important bit of computing:

The original Macintosh was brought to life by a group of rebels. By the time it came, Apple was already a popular name among hippies who self-assembled computers. Several products had already been launched, including the LISA which was the first personal computer with GUI, yet it was the aging Apple II, Steve Wozniak’s baby which continued to roll out slimming profits.

Having been kicked out of the LISA project, Steve Jobs was infuriated and inspired alike to make his new brainchild a success. Except that it wasn’t his brainchild only though.

The story of inspiration

In 1979, Jobs and a small group of engineers were granted a visit to Xerox PARC, a renowned research facility in Palo Alto, California for return of a million shares. That was the first time he ever saw GUI elements and a pointing device, called a “mouse”. And he was enthralled.

Back at Apple, he took his team on a mission to make a product using all the technologies which were simply rotting away at XEROX. The result was the Macintosh which became one of the first relatively-affordable personal computers with GUI.

The computer came with a 9 inch black and while display, along with its own keyboard and mouse. In an attempt to make its users use the mouse, Apple knowingly shed off the arrow keys from the keyboard.

A floppy disk slot is found beneath the display. Showing his obsession with design, Jobs ruled out a fan, leading to some overheating issues. Popular software like MacWrite and MacPaint was bundled along in the OS. 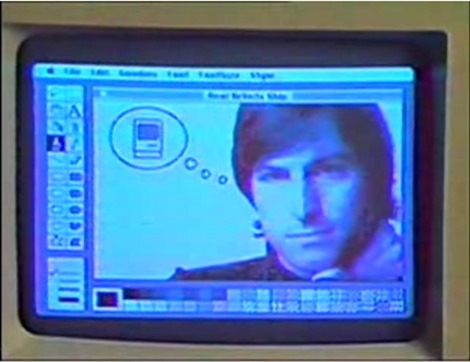 It also had a 128K RAM, which, as you would expect, was low even then.

The launch of the original Macintosh was the first instance where Steve Jobs demonstrated his marketing and presentation prowess.

It was first introduced in the popular “1984” commercial by Apple but the real deal was Steve Jobs’ own presentation. Dressed like a gentleman, Jobs first gave a few scathing, tongue-in-cheek remarks on IBM and his competitors before famously taking out the 1.5 pound machine out from a bag (to show just how light it was) and inserting a floppy disk on its slot.

Accompanied by the theme from “Chariots of Fire”, the computer showed numerous slides from popular Mac programs of the time including MacWrite and MacPaint. But what made the audience stand on their chairs was the speech by Macintosh itself which followed those slides:

Hello, I am Macintosh. It sure is great to get out of that bag. Unaccustomed as I am to public speaking, I’d like to share with you a maxim I thought of the first time I met an IBM mainframe: Never trust a computer you can’t lift. Obviously, I can talk right now, but I’d like to sit back and listen. So, it is with considerable pride that I introduce a man who has been like a father to me: Steve Jobs.

Thinking that his team had done a remarkable job, the inside of the original Mac even came with the autographs of the entire Mac team inscribed.

The Mac was released for $2,495 and is quite a success, selling 70,000 units. And it wasn’t flawless either. The most severe of issues was due to the severe shortage of RAM. Having just a skimpy 128K DRAM, doing even the most basic of stuff could become a chore. The reason for adding no more memory was because of the high-pricing of those things at the time.

There certainly wasn’t enough storage and a great display to do some practical work either. Due to Jobs’ reluctance to fit a fan onto the thing, there also were some heating issues. None of that mattered.

The Mac became one of the most popular computers of all time and its acclaim can mainly be attributed to the fact that it popularized the idea of accessible personal computing, which also happened to be great fun.

The post Mac Celebrates 30th Anniversary: A Brief History of the World’s Most Revolutionary Computer appeared first on .