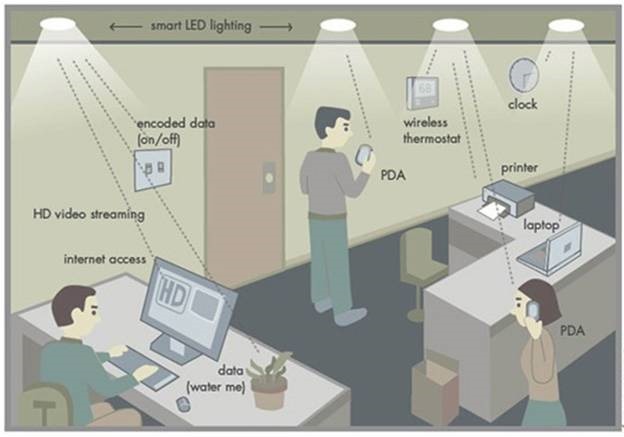 A team of Chinese experts and specialists have successfully developed, and experimented an innovative way of gaining access to the Digital World of the Internet using the signals sent through the Light Bulb instead of Radio Waves as in Wi-Fi.

The term Li-Fi may not be new to many ears; in fact it is around since 2011, when Harald Haas had first used it in his TED Global talk on Visible Light Communication on this very context.

The Li-Fi technology operates under the principle that light can be used to carry Signals as an alternative to traditional radio frequencies; it keeps serving as long as there is no blockage of any kind, between the Light source and a Computer.

Chi Nan, the I.T Professor at Shanghai’s Fudan University, who also leads the Li-Fi research team (which includes scientists from the Shanghai Institute of Technical Physics of the Chinese Academy of Sciences) have said that, “One-watt LED Light Bulb may establish an Internet connection for four Electronic Gadgets at once.”, she added that, “A light bulb with embedded microchips can produce data rate as fast as 150Mbps.”

“Millions of base stations have been established for strengthening the signals of cell phones, but most of the energy is consumed for their cooling systems. The energy utilization rate is only five percent” she explained.

In today’s world where two thirds of the total population does not have internet access, and places like Pakistan, China and India, where over billion people combined don’t have this facility; gaining access to the Internet by just turning on the Light bulb will be nothing less than a dream come true.

“Wherever there is a LED light bulb, there is an Internet signal. Turn off the light and there is no signal”

More importantly, according to the experts, the development of a series of key related pieces of technology, including light communication controls as well as microchip design and manufacturing, is still in an experimental period and there is still a long way to go to make Li-Fi a commercial success.

Despite the fact that the Technology is still in the experimental period, Netizens should be excited to view 10 sample Li-Fi kits that will be on display at the China International Industry Fair that will kick off on November 5 in Shanghai.