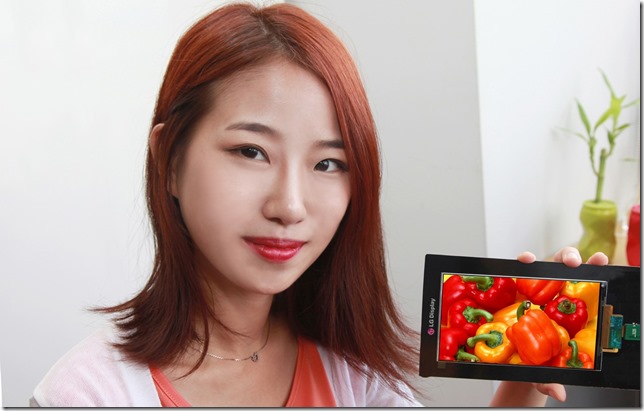 Smartphone displays have taken pretty revolutionary strides in the last 3 years since the iPhone 4 came along with its amazing Retina display and this battle is far from over.

LG, already renowned for developing and incorporating groundbreaking technology in their products, including the first even dual-core phone and flexible displays has got another jewel in its crown.

The company has shown off the first ever “Quad HD” LCD display panel for smartphones. The panel comes with resolution of 2560 x 1440 pixels, meaning a pixel density of 538ppi and 430 nits of brightness. That’s four times the number of pixels in a 720p HD display, hence this name. It’s also just 1.21mm thick.

But even if they manage to churn out a phone with this tech, you’ll hardly make full use of it. Everyone knows that unless you have a super-large phone, and I really mean a super-large phone with a display much bigger than a phablet, this display is only great for the number-lovers. Anything over 300ppi is already quite useless.

So while sharp displays like these are a big need in other fronts of consumer electronics including monitors and televisions, they’re hardly something to crave for smartphones.