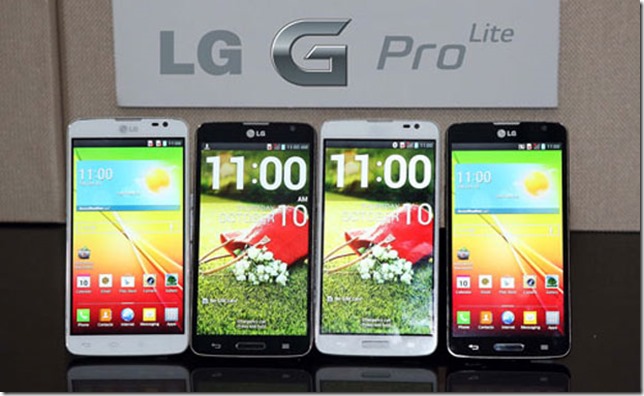 Styli seem to be making an entry again into our lives. The tech which was nearly abandoned after the iPhone came has seen a revival and LG had decided to not stay behind either.

The new G Pro Lite is an Android phone with a 5.5 inch display and a stylus, which sits in its own slot behind.

The phone isn’t exactly on the cutting edge. Sure, it comes with a 5.5 inch large LCD display but it has qHD resolution of 960 x 540 pixels. Under the hood, you get a 1GHz MediaTek MT6577 dual-core processor with 1 GB RAM and 8 GB expandable storage.

The phone will also have a dual-sim version.

For connectivity, it uses Bluetooth 3.0, microUSB 2.0, Wi-Fi and GPS. 3140 mAh battery powers up the device. An 8 mp camera at the back with Full HD video and 1.3mp camera at the front complete the package.

Here are the specs of the G Pro Lite:

The phone will be available later this month. Pricing is still unknown but since this phone is looking to be placed in the mid-range sector, it shouldn’t be mind-bogglingly high.