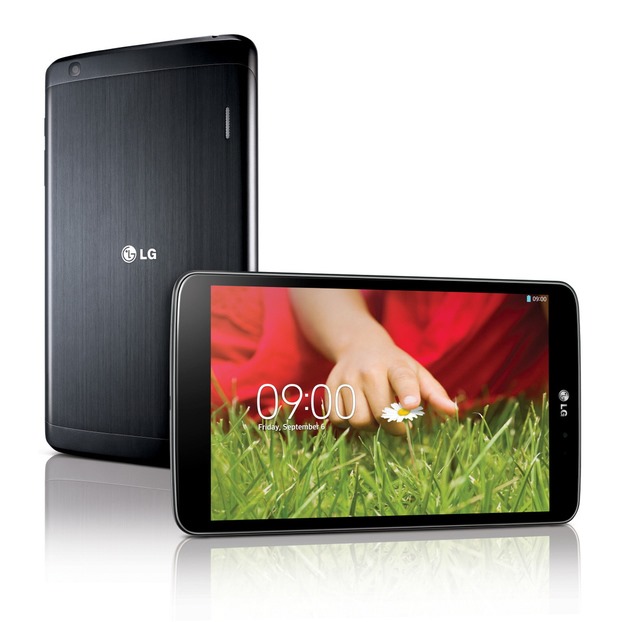 As the announcement of the second iteration of iPad Mini draws near, the tablet-makers have all started to throw their best efforts into the competition. The LG G Pad 8.3 is the latest effort from LG and borrows some design knowledge from the company’s latest G2 flagship.

Under the hood, you get a 1.7Ghz quad-core SnapDragon 600 processor with 2 GB RAM. The amount of storage is set at 16 GB of expandable storage.

Around the back, sits a 5 megapixel camera. There’s also a 1.3 megapixel camera on the front. There’s a 4600 mAh battery to power the tablet up which might dazzle when looked upon initially, but is lesser than the norm.

The OS running on the tablet is Android 4.2.2, which as you would expect, is customized. It comes with its own bag of software tricks. QPair pairs the tablet with your phone and allows you to takes phone calls and messages directly on it. QSlide allows 3 apps to run onscreen at once. KnockON turns the tablet on and off by double-tapping.

Here are the full specs of the tablet:

The tablet will be available in Q4 of this year for an unknown price tag. Given its great specifications list, if priced competitively, it has got everything to become a bestseller.

8.3 inch is the perfect size for people who find 7 inch tablets to be too small for practical use and 10 inch too large to be portable. This is why the G Pad 8.3 makes so much sense right now.